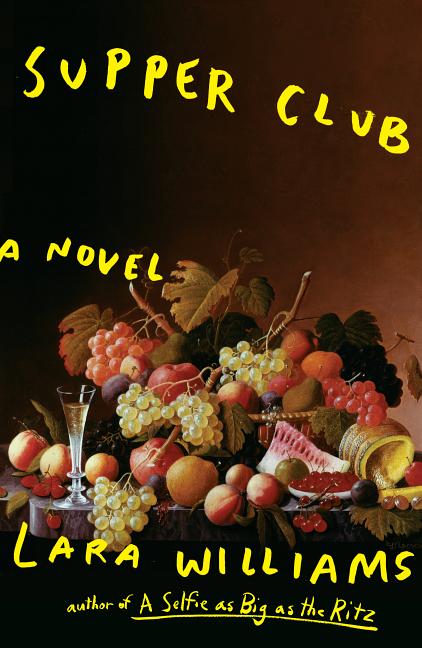 A debut novel about a secret society of hungry young women who meet after dark and feast to reclaim their appetites—and their physical spaces—that posits the question: If you feed a starving woman, what will she grow into?

What The Reviewers Say
Positive Andrea Long Chu,
The New York Times Book Review
...the concept never fully caramelizes. The women’s transgressions don’t quite graduate from what we might call the indie-movie school of emotional growth: spontaneous dance parties, impromptu drug use, spur-of-the-moment vandalism ... This is one of Williams’s strengths: an exquisite patience with the emerging texture of an emotion. As a stylist, she is subtle and superbly attentive, though her approach does leave a few darlings unkilled ... But where Williams truly shines is, if you’ll forgive me, in the kitchen. The food in this book eats you. (It literally changed my dinner plans) ... These interludes perfume the narrative, like aromatics in a stock, imparting a depth of flavor that resurfaces stylishly when you least expect it.
Read Full Review >>
Positive Hillary Kelly,
Vulture
If you’ve ever had to suffer through a woman talking about how she’s being 'so bad' for eating a chocolate-chip cookie, Lara Williams’s debut will leave you panting and ravenous ... In its unselfconscious splendor, the supper club (and the book) tackles age-old questions about the female form with a delightfully 21st-century voice.
Read Full Review >>
Positive Lara Feigel,
The Guardian
The generation described here is millennial, and the voice feels akin to Sally Rooney’s: colloquial, precise, at once uneasy about its place in the world and determined to stand up for itself ... The central theme here is women’s oppression by men, and Williams’s take on it is powerful and original ... The joy of food – its capacity to be so pleasurable that it can subvert niceness – is well described, as is the complexity of cooking. There are some lengthy digressions on the kitchen that maintain enough obsessive verve to be engaging, allowing Williams to take the material of the domestic novel and turn it into something more explosive ... I sometimes found their preoccupations and mental states a little overdeterminedly millennial. All these young women are lost in the world of work, anxious and inadequate; Roberta regularly self-harms. But the point here may be that she and her friends feel trapped by their generation and its stereotypes as well. Certainly the writing becomes most insightful and moving when we sense her pushing against her bounds, while not quite knowing how to do so.
Read Full Review >>
See All Reviews >>
SIMILAR BOOKS
Fantasy

When We Were Young
Richard Roper
Positive
What did you think of Supper Club?
© LitHub | Privacy