Superfans: Into the Heart of Obsessive Sports Fandom 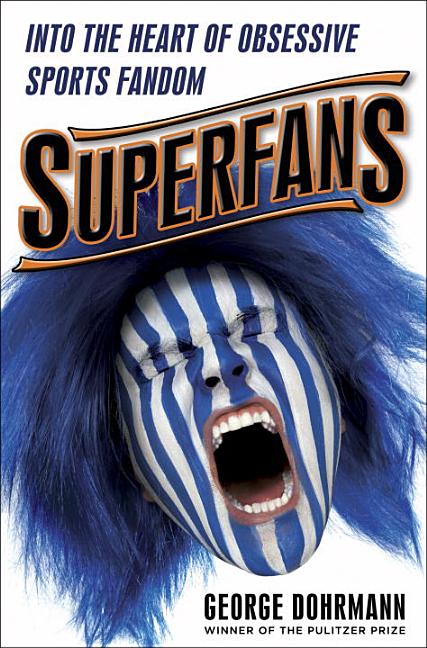 A Pulitzer Prize-winning sports journalist investigates the psychologies of extreme sports fans, whose favorite teams provide deep sources of identity and community, the consequences of which run the gamut from life-enriching to pathological.

What The Reviewers Say
Positive Alan Moores,
Booklist
Pulitzer Prize–winning sportswriter Dohrmann here plumbs the deep, mysterious ties that bind 'superfans' to their teams, profiling a dozen or so such folks ... An insightful study that can find application well beyond the world of sports.
Read Full Review >>
Mixed Steven V. Roberts,
The Washington Post
This is a compelling book but with sizable flaws. It barely includes baseball (let alone NASCAR) and never once mentions Cubs or Cards, Red Sox or Yankees — franchises that have been eliciting strong loyalties for more than a century. Dohrmann has a fondness for modern teams like the Portland Timbers, a professional soccer club — fair enough. But he lacks a sense of history. He writes, almost sneeringly, that 'fan bases are like ancient religions in that most are so old it is impossible to accurately trace their origin.' But that is not true. Those origins are kept alive by myths and memories, faded photos and bubblegum cards and ticket stubs, collected and cherished over many generations ... This is also a very male-centric book. The only chapter devoted to women features a female-run website that advertises a 'hottie of the week,' a well-muscled male athlete ... Still, his basic insight rings true: Being a sports fan means asserting an identity, connecting to a tribe and a time.
Read Full Review >>
Mixed Will Leitch,
The Wall Street Journal
The book is essentially an anthology of well-reported magazine features. Mr. Dohrmann splices their stories together with interviews with sociologists who try to explain their behavior ... You get what Mr. Dohrmann is attempting to do, by putting strange fan behavior in a larger context, but in practice you just see a reporter transforming a man with a tattoo of his favorite player on his arm into a set of obscure acronyms ... I find myself wishing that Mr. Dohrmann would stop with the looking-at-fans-in-a-petri-dish-through-a-microscope act and get his hands a little dirty ... The author can only observe his crazy subjects from afar, with bewilderment, even a bit of pity. Superfans, though well reported and meticulously researched, never solves the mystery of fandom.
Read Full Review >>
See All Reviews >>
What did you think of Superfans: Into the Heart of Obsessive Sports Fandom?
© LitHub | Privacy