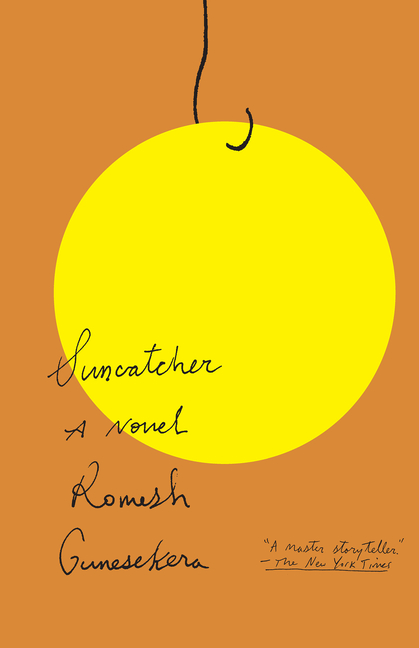 In 1960s Ceylon (now Sri Lanka) the son of socialist-leaning public servants, Kairo befriends Jay, the son of a wealthy family with capitalist, English leanings, and the two set out on a series of adventures as the nation transforms around them.

What The Reviewers Say
Rave Michael Upchurch,
The Boston Globe
... captures this identity-altering brand of infatuation brilliantly ... Gunesekera’s prose is lush yet luminously clear, and Kairo — as he deciphers the world around him and his place in that world — is the perfect guide to the book’s turbulent setting. Kairo’s sense of cultural stirrings beyond Colombo is vivid, too ... Even the post-colonial politics of the book are couched in fanciful terms ... fresh ... wonderful.
Read Full Review >>
Rave Nilanjana Roy,
The Financial Times
... [a] strong, uneasy and sometimes dangerous friendship...acutely captured ... In interviews, Gunesekera has mentioned a personal loss, the death of a close friend of his youth many years ago. A novel need not be autobiographical to draw on life, but much of Suncatcher’s power comes from this place of intense feeling and remembered grief ...The story plunges into the darker parts of friendship — the enthralment, the pull exerted by the charmer over the charmed, the places into which one will dive, the other drawn along against his better instincts — with such skill that it’s an annoyance to have parts of it laden with heavy-footed symbolism ... The foreshadowing is often too blunt ... Yet...Gunesekera achieves something remarkable. As a coming-of-age novel, Suncatcher is memorable and sometimes brilliant in its ability to map the tensions between leader and follower, the arc and trajectory of boys trying so impatiently to become men. This is also a wise and poignant portrait of a country — Ceylon before it became Sri Lanka — caught in the moment before it loses its innocence, all the signs and portents in place, but the bloodiness of war still unthinkable.
Read Full Review >>
Rave Allan Massie,
The Scotsman (UK)
The intensity and precariousness of Kairo’s feeling for Jay is beautifully realised, all the more so because his devotion to this life-enhancer is not entirely uncritical ... Still, it’s an enchanting novel in which the author skilfully marries his public theme of political uncertainty and imminent, perhaps alarming, change with the passions of adolescence, and also its langour. Though the setting is completely different, the mood of certain passages in the novel and the sense of the brevity of youth call to mind the early chapters of Brideshead Revisited. That’s to say, the author has created, or more exactly re-created, a world in which you are happy to linger, all the more so because you cannot escape an awareness of its fragility.
Read Full Review >>
See All Reviews >>
SIMILAR BOOKS
Fiction

Girl A
Abigail Dean
Rave
What did you think of Suncatcher?
© LitHub | Privacy