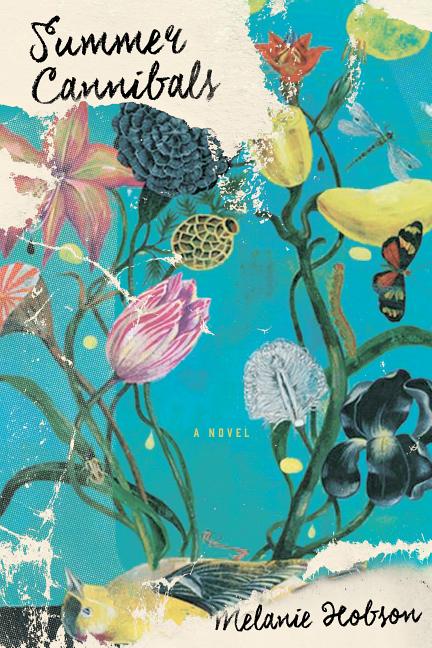 Three very different sisters return to their grand family home to face their tumultuous pasts. But home to this family means secrets, desire, and vengeance―and feasting on the sexual appetites and weaknesses of others.
Positive
Based on 9 reviews

What The Reviewers Say
Rave Meredith Grahl Counts,
Foreword Reviews
Melanie Hobson’s Summer Cannibals is a vibrant, vicious family portrait ... The family fascinates. Their story is compelling, and each member woos their listeners to regard the others as they do—effectively enough, until the vantage switches again. The audience is forced to shift alliances repeatedly as the girls’ first day home shifts into the second, with more backstory revealed, and as the story hurtles toward the father’s garden tour and its aftermath ... By turns darkly comical and horrifying, Summer Cannibals holds attention.
Read Full Review >>
Rave Emily Park,
Booklist
Hobson’s debut novel is packed with complex relationships and a torrent of emotions as she lifts the highly composed veil from a seemingly put-together, affluent family and brilliantly exposes the lust and betrayal behind their palatial walls. The intricacies of Hobson’s characters and her exceptional new voice will keep readers riveted.
Read Full Review >>
Mixed Pete Tosiello,
Full Stop
Summer Cannibals’s sluggish first half is all foreboding ... Hobson empowers Margaret as a witchy femme fatale, but her supposed villainy at the expense of her daughters is hardly tantamount to David’s unconflicted savagery and egotism. Casting her manipulation as a counterweight to David’s depravity has the unfortunate effect of conflating a vengeful woman with a hysterical rapist ... Hobson is most impressive when her omniscient narrator executes naturalist depiction, tacitly suggesting that the domestic atrocities of Summer Cannibals are another function of brutal biologies ... Even with its ridiculous S&M politics, Summer Cannibals is governed by such a straight-faced sensibility that it’s a rather humorless affair ... With its timely satire of sex and manners, Summer Cannibals inverts the beach read by promising a lusty domestic romp which in fact houses something much darker. But its brutality and antipathetic characters result in foggy resolutions ... As broadstroke commentary on the nature of patriarchy, however, Hobson’s debut is by turns riveting and resonant.
Read Full Review >>
See All Reviews >>
SIMILAR BOOKS
Coming Soon

What Could Be Saved
Liese O'Halloran Schwarz
Positive
What did you think of Summer Cannibals?
© LitHub | Privacy