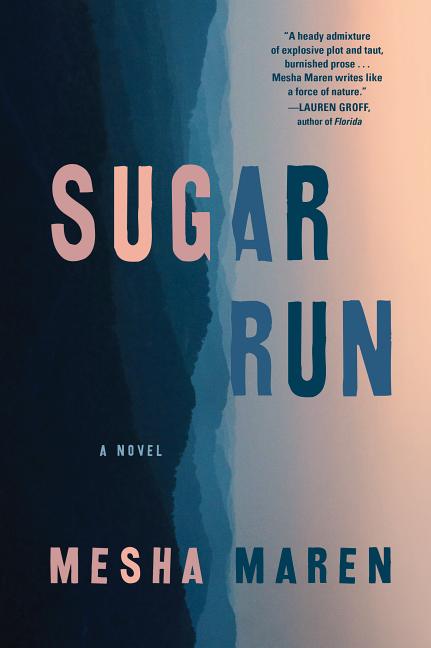 In 1989, Jodi McCarty is seventeen years old when she’s sentenced to life in prison. When she’s released eighteen years later, not yet able to return to her lost home in the Appalachian Mountains, she heads south in search of someone she left behind, as a way of finally making amends.

What The Reviewers Say
Rave Charles Frazier,
The New York Times Book Review
Maren is masterly at describing America’s modern wastelands, the blasted towns not yet and maybe never-to-be the beneficiaries of rehabilitation and reoccupation ... In searching for answers to those questions, resolutions to those conflicts, the book’s conclusion perhaps misses an opportunity when it veers toward action and violence and away from one of its greatest strengths — its clear focus on character and place. But that doesn’t diminish the cumulative effect of the graceful prose, which reaches back in the best way to its noir predecessors. You can almost see Maren — like Raymond Chandler — cutting each typed page into three strips and requiring each strip to contain something delightful (startling simile, clever dialogue, brilliant description) offered to the reader as recompense for a world that presses up against you all raw and aggressive and dangerous.
Read Full Review >>
Rave Adrian Van Young,
Los Angeles Review of Books
Mesha Maren's Sugar Run is a novel as unlikely as it is brutal. For all the desperate ex-cons, pill-popping moms, and backwoods human traffickers who populate its pages, it’s almost alarming to find, at the edges, glimmers of pastoral beauty ... The effect of encountering such passages—and there are many—in a novel as hard-charging as Sugar Run is like hearing birdcall in the wake of a gruesome shootout, or finding a swallowed heist diamond glinting in the sawed-open guts of a cadaver. It comes so unexpected—a weird, tender gift. We barely recognize it for the mercy it grants us ... a hard-bitten, lyrical country noir ... a novel that embraces its literary heritage head-on, sometimes conforming and sometimes subverting, and it manages in the process to produce something entirely poignant and new. As a country noir, though, it nails all the beats ... Sugar Run’s ending approaches transcendent; Maren really sticks the landing ... Sugar Run’s flashes of pastoral beauty amid so much violence and ruin translate at the end of the novel into a kind of grace for Jodi less theistic than [Flannery] O’Connor’s, but just as profound in its implications.
Read Full Review >>
Positive Jim Carmin,
The Star Tribune
Mesha Maren’s intriguing debut novel revolves around secrets: those we keep, those kept from us, and the pain and dangerous consequences that sometimes result when they are revealed ... Maren adroitly incorporates issues surrounding poverty in rural America into her narrative, including drug dealing and addiction; lack of jobs; fracking, which destroys communities and the land’s ecological health; and gun violence, which can change everything in a moment ... This narrative style is slightly troublesome, as there are inevitable references to past events in the present chapters. This leads to occasional murky moments for readers. Also, a minor flaw in the tale is Jodi’s preoccupation with guns, which seems counterintuitive to her oft demonstrated compassion and love for others. In the end, Maren’s story is engaging and full of damaged and provocative characters who, like all of us, can be misled by our hearts.
Read Full Review >>
See All Reviews >>
SIMILAR BOOKS
Fantasy

Win Me Something
Kyle Lucia Wu
Rave
What did you think of Sugar Run?
© LitHub | Privacy