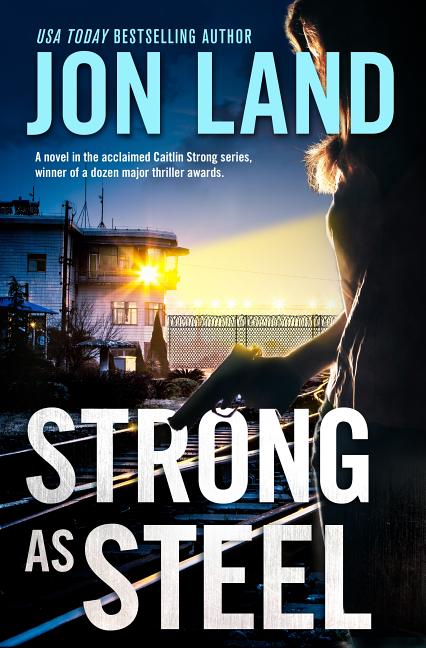 In this 10th installment of the Caitlin Strong series, the fifth-generation Texas Ranger finds herself on the trail of the same cargo that her father, Texas Ranger Jim Strong, had been investigating in 1994. These two cases are connected by a long-buried secret, one that men have killed and died to protect.

What The Reviewers Say
Rave Ray Palen,
Bookreporter
One of the many things I love about this series is Land's use of secondary characters. In his hands, they are not mere caricatures but living, breathing, complex people ... Strong as Steel is, quite simply, unputdownable, and Jon Land keeps readers regularly off their feet with plot twists and revelations you will never see coming. This series seems to get better and better, and each entry finds a new adversary that has not only local but global consequences as their end game. What I respect most about Land, and what sets him apart from other prolific writers who spin out endless titles just to see their name on some bestseller list, is that his stories are all fully realized, intricately plotted and always suspenseful.
Read Full Review >>
Mixed Bruce Desilva,
The Associated Press
...another action-packed thriller ... This is the sort of thing you might get if Dr. Frankenstein sewed John Wayne’s head onto Wonder Woman’s body, gave the fearsome creature an unlimited supply of bullets and dropped it into The Da Vinci Code ... As always in this series, the plot has links to an old case investigated by one of [Strong's] ancestors, and the cartoonish portrayals of violence resemble what might happen if Quentin Tarantino and Marvel’s creator of Venom got wasted on cocaine and put their heads together ... Land’s fans are in for another wild ride.
Read Full Review >>
Rave Ryan Steck,
The Real Book SPy
After a steady buildup that covers the first quarter of the book, things take off with a bang ... Land’s latest is one of his most imaginative, original stories yet, involving a number of surprise players and memorable characters ... All in all, Jon Land turns in another fun, action-packed story featuring one of the best female protagonists in the business.
Read Full Review >>
See All Reviews >>
SIMILAR BOOKS
Fiction

Shutter
Ramona Emerson
Positive
What did you think of Strong as Steel?
© LitHub | Privacy