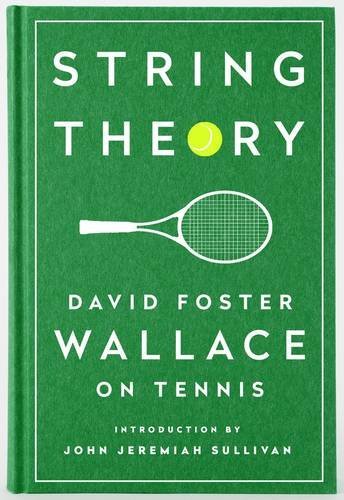 What The Reviewers Say
Rave Stephen Phillips,
The Millions
A collection of discretely commissioned pieces for assorted magazines marshalled over 15 years might feel disjointed. But String Theory is remarkable for its cohesiveness and seamlessness with the preoccupations of Wallace’s fiction ... Wallace played the game with all of his person. The same intellectually questing, sensorily hungry spirit is present in his writing about it. The result is a terrific book about a human activity and life outside the lines that trammel it.
Read Full Review >>
Positive Michael Mewshaw,
The Washington Post
Ruminative, digressive, lyrical, funny, sad, sometimes borderline lunatic, these posthumously collected journalistic pieces have all the hallmarks of Wallace’s novels. Verbal pyrotechnics and philosophical speculation alternate with pop-culture allusions and Homeric lists. His fixation on brand names and sponsors’ logos at tournament sites would daunt a deconstructionist. And his penchant for footnotes may daunt readers accustomed to the rat-a-tat of most sports reporting.
Read Full Review >>
Positive Tom Perrotta,
The Wall Street Journal
Rereading them all together, rather than years apart, I appreciated anew just how well Wallace could write about the sport that he loved ... I could fill this entire review with descriptions as lively—and that would just be the highlights, glitter Wallace sprinkles atop insightful observations about tennis and what it says about the human spirit. But the venom Wallace has for his tennis enemies—Mr. Agassi and pretty much anyone, like Rafael Nadal, who tangles with his heroes—is unsettling.
Read Full Review >>
See All Reviews >>
SIMILAR BOOKS
Culture 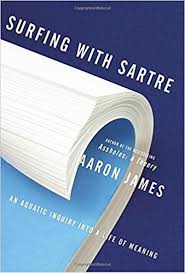 Surfing with Satre
Aaron James
Positive
What did you think of String Theory: David Foster Wallace on Tennis?
© LitHub | Privacy