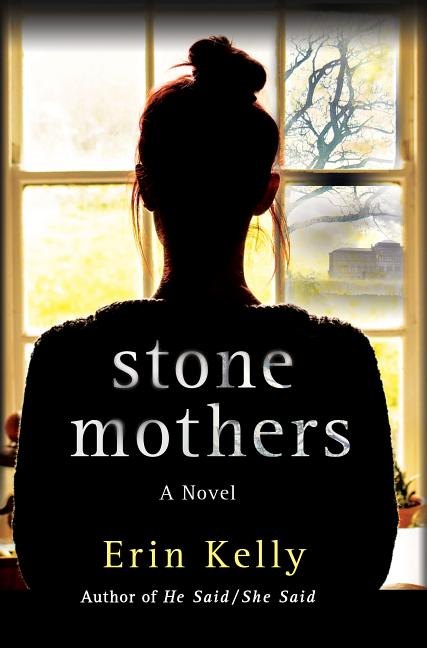 In the latest from the bestselling author of He Said/She Said, Marianne must care for her aging mother and returns to her small hometown, where the old asylum has been transformed into a housing complex and troubling memories she has long been holding at bay threaten to surface.

What The Reviewers Say
Rave Angie Barry,
Criminal Element
Stone Mothers...is an intense, irresistible novel of psychological suspense ... The women we follow are vastly different, fully-formed, and real. We feel deeply for each of them in their pain, fear, and horror. Nobody is wholly victim or monster, and the lines between guilt and mental illness are often murky ... As always, Kelly’s prose is emotionally resonant and cinematically descriptive. So many of her turns of phrase are imbued with the haunting weight of an elegy, the sense that a ghost or scene of disturbing madness lurks around the next corner. She never shies away from the genuine horror inherent to the situations her characters are thrust into or the choices they choose to make, yet she never sacrifices poetry for shock value or caricature.
Read Full Review >>
Pan Oline H. Cogdill,
The Associated Press
... this gothic-inspired thriller...languishes in over-plotting ... The flashbacks of Helen are the most gripping as it reveals why she shut the mental hospital and why she is trying to change the outdated and cruel 'lunacy laws' that allowed her parents to put her in an asylum when she was a rebellious teenager. But neither Marianne nor Jesse are interesting enough to sustain their stories. That former hospital renamed Park Royal Manor is hardly threatening. The dense plot of Stone Mothers offers few surprises, dull-edged twists and uninspired characters.
Read Full Review >>
Rave Erin Holt,
Booklist
Kelly’s latest...is a fast-paced, thrilling, and extremely clever novel ... Full of blackmail and lies, this novel grows in intensity as each character’s story is told. Utterly engaging, terrifying, and unputdownable, this novel will haunt readers and have them wanting more from Kelly.
Read Full Review >>
See All Reviews >>
SIMILAR BOOKS
Fiction

Before She Disappeared
Lisa Gardner
Rave
What did you think of Stone Mothers?
© LitHub | Privacy