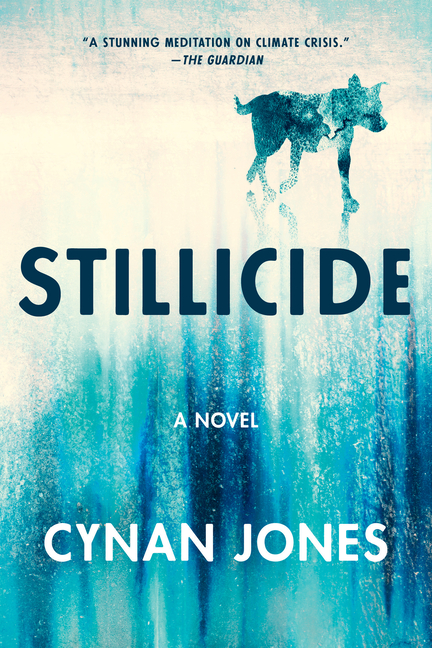 Water is commodified. The Water Train that serves the city increasingly at risk of sabotage. As news breaks that construction of a gigantic Ice Dock will displace more people than first thought, protestors take to the streets and the lives of several individuals begin to interlock. A story of love and loss and the will to survive, and a glimpse of the tangible future. From the author of The Dig and Cove.

What The Reviewers Say
Rave Alec Nevala-Lee,
The New York Times Book Review
We want speculative fiction to unfold against a complex background, without getting bogged down in incidental facts that an average person would take for granted. Yet noticing the uncanny details of our lives is all we seem to do lately, and few authors can compete with the strangeness of the real world ... Jones has figured out a formula that seems to rise to the challenge ... An iceberg is a huge metaphor, and Jones cleverly establishes the narrative long before its central subject appears, which allows its impending arrival to set off reverberations in advance ... evokes Jones’s ability to put an object in motion and capture rivulets of insight as his characters ... Jones breaks up his text with generous white space, turning it into an album of snapshots of survival ... By highlighting passing moments of connection, Stillicide feels more true to life than most science fiction ... Jones’s strengths — his love of animals, his obsessive noticing, his interest in traditional crafts — are put to good use, although he rarely draws on the sure touch with action that he displayed in his earlier work. The result is spare but effective, and its theme of endurance in the face of loss hints at how the genre may evolve to reflect our own continuing catastrophe, for which the most dystopian fantasies may turn out to be nothing but a dry run.
Read Full Review >>
Rave Malcolm Forbes,
The Star Tribune
Jones' prose is stark and brittle when conveying violence, cruelty, and hard truths, but also lush and lyrical when the natural world intrudes ... New concepts authenticate the dystopia...and short, spaced-out paragraphs heighten the drama. But for all the imaginative leaps and formal risks, Jones never loses sight of the human element. This novel presents a bleak new world and depicts a frantic attempt at damage limitation. It's a terrifying vision but a captivating read.
Read Full Review >>
Rave Nina Allan,
The Guardian (UK)
... fragmented, marvellously compressed ... it is this image of dripping water and its powers of erosion that comes to define his book as a whole, both as a novel that confronts the challenge of describing what climate crisis might look like, and in the way a slow accretion of pertinent detail gathers cataclysmic momentum ... has a terse, minimalist quality that is at least partly down to how the text is presented on the page. Short paragraphs and generous line spacing encouraged me to read the novel as a series of prose poems. The radical distillation of language, the sense that every word has been individually chosen, results in a blunt perfection that heightens this effect. Narrative exists, but it is secondary to form. On first encounter at least, the pleasures Stillicide offers appear to be more aesthetic than dramatic ... can be added to the growing roster of powerful and urgent meditations on the future. As a tract of written language, it is close to perfect. As a repository for ideas, it is imaginative and far reaching. As a story of and for our times, it is very human, and deadly serious.
Read Full Review >>
See All Reviews >>
SIMILAR BOOKS
Coming Soon

The Magnolia Palace
Fiona Davis
Rave
What did you think of Stillicide?
© LitHub | Privacy