Soldier, Priest, and God: A Life of Alexander the Great 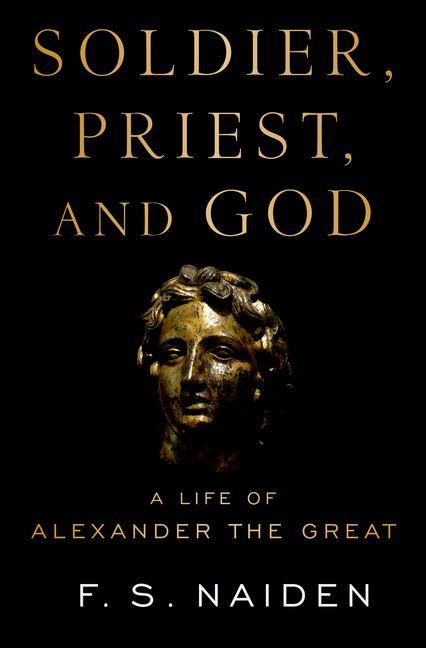 Whatever we may think of Alexander--whether Great or only lucky, a civilizer or a sociopath--most people do not regard him as a religious leader. And yet religion permeated all aspects of his career. When he used religion astutely, he and his army prospered.

What The Reviewers Say
Positive Benjamin Welton,
New York Journal of Books
Historian F. S. Naiden does something a little radical in his newest book, Soldier, Priest, and God: He pays less attention to Alexander the military genius, and focuses more on Alexander the devout man of the age ... Naiden’s book is eye-opening to say the least ... This book offers a well-written account of Alexander’s brief reign as the greatest god in both Europe and Asia ... Naiden’s book is a wonderful glimpse at a long lost world of conquerors, royal marriages, and festivals featuring slightly clothed dancers, bonfires, and libations. Soldier, Priest, and God makes clear all of the reasons why Alexander, who died in Babylon at the age of 32, is remembered in the traditions of Hindus, Buddhists, Jains, Christians, and Muslims.
Read Full Review >>
Positive Evan M. Anderson,
Library Journal
This otherwise fine and accessible biography is marred by the author’s unconvincingly extended argument: whenever Alexander fully incorporated local religion, he triumphed, but when he eschewed regional gods, he stumbled ... This solid recounting of the accomplishments of Alexander will appeal to Hellenists and those interested in comparative religion.
Read Full Review >>
Pan James Romm,
The Wall Street Journal
It has to be said that the book falls short of its objective, a 'religious portrait of Alexander.' Mr. Naiden, a professor of history at the University of North Carolina and the author of two scholarly studies of ancient animal sacrifice, does not have the narrative skill, or judgment in the handling of evidence, to pull off this difficult task ... Despite his deep interest in religious beliefs, Mr. Naiden often takes a strangely snarky tone in describing them ... occasional errors of fact ... For all his expertise in the realm of religious ritual, Mr. Naiden lacks those insights or else lacks the tools to convey them. One comes away from Soldier, Priest, and God as puzzled as ever about the young king who conquered the world.
Read Full Review >>
See All Reviews >>
What did you think of Soldier, Priest, and God: A Life of Alexander the Great?
© LitHub | Privacy