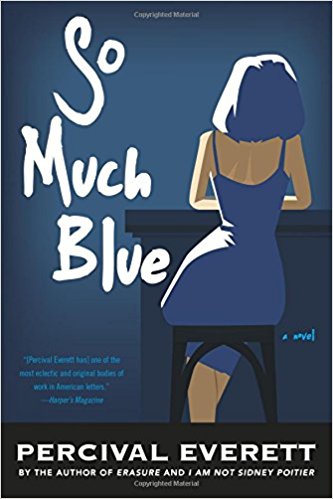 From the author of Erasure. The story of a middle-aged artist working on a painting he won't allow anyone to see, and of the two formative events of his past: an affair ten years previous with a young Parisian woman, and a 1979 trip to an El Salvador on the verge of war to search for his friend's missing brother.
Rave
Based on 12 reviews

What The Reviewers Say
Rave Michael Schaub,
NPR
By turns funny, shocking and heartbreaking, it's one of his best books to date. And with a career as distinguished as Everett's, that's saying something ... So Much Blue is essentially three books in one. The sections covering the present day read like a remarkably honest work of domestic fiction, while the chapters set in Paris are more of a haunting love story. The parts of the book set in El Salvador, as the country's long civil war is breaking out, are more like a thriller than anything. The only things the three parts have in common is Kevin, and Everett's masterful writing ... a generous, thrilling book by a man who might well be America's most under-recognized literary master, and readers will be thinking about it long after the last page.
Read Full Review >>
Rave Michael Upchurch,
The Boston Globe
Three stories, scattered across time, fuse into one stunning tale in Percival Everett’s latest novel. Each individual strand of So Much Blue has a page-turning urgency of its own — but taken together they add up to a masterpiece ... The pleasures of the novel stem in part from the way Kevin second guesses his own actions every step of the way. They also derive from his dry wit ... The book is steeped with violent encounters and violations of trust. What unifies it is Kevin’s painterly eye, which comes into play at the most unexpected moments ... As its narrative threads combine, So Much Blue becomes a taut meditation on the costs of keeping vital or traumatic experiences to yourself. In the process, the book serves up a brilliant portrait of a contradiction-filled character whose artwork is both his retreat and his attempt to reach out.
Read Full Review >>
Positive Walton Muyumba,
The Los Angeles Times
Pace’s storytelling is more like a three-suit deck of cards shuffled so that a card from each suit appears alternately, each card its own short story ... Writing in straightforward, seemingly effortless prose, Everett puts these secrets in conversation. He creates suspense by subtly withholding information ... So Much Blue presents Everett, one of our culture’s preeminent novelists, a nonpareil ironist-satirist, turning away from the familiar terrain of his recent fictions. On this new turf, however, a problem arises for the author: Though ironic art may not lead the protagonist home, irony is a basic component of the kind of self-critique that will. Yet this crucial element — necessary to the character’s development and his realizations about secrets and art — is lost in the shuffle somewhat. Nonetheless, captivating and pleasurable, especially those pages devoted to El Salvador, So Much Blue is a 'coming of middle-age' story worth gazing into.
Read Full Review >>
See All Reviews >>
SIMILAR BOOKS
Coming Soon

Bliss Montage: Stories
Ling Ma
Rave
What did you think of So Much Blue?
© LitHub | Privacy