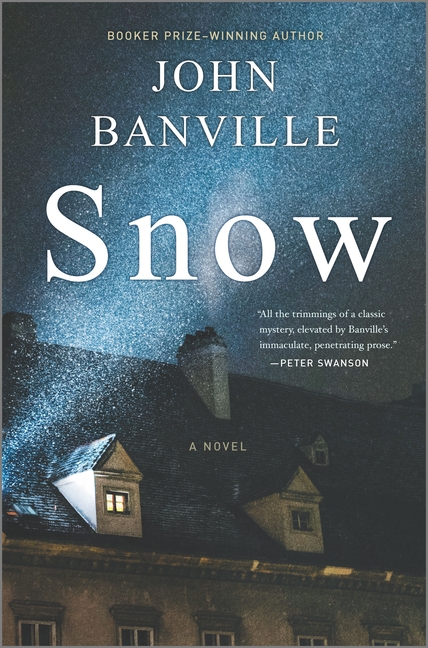 A murder mystery set in 1950s Ireland, from the Booker Prize-winning author of The Sea. Detective Inspector St. John Strafford has been summoned to County Wexford to investigate a murder. A parish priest has been found dead in Ballyglass House, the family seat of the aristocratic, secretive Osborne family.

What The Reviewers Say
Rave William Boyd,
The New York Times Book Review
Time and again, Banville sets up and then deftly demolishes the Agatha Christie format he seems to be aping. Everything that seems creakingly familiar about the country-house murder turns out to be darker and darker still ... I won’t reveal how the plot thickens. Banville’s depiction of the young republic that Ireland then was (real independence came only in 1937) is fascinating ... The book sings with authenticity and Banvillian tropes ... Banville is one of the great stylists of fiction in English and Snow allows the limpid cadences of his prose free rein ... An entertainment, perhaps, but a superbly rich and sophisticated one.
Read Full Review >>
Rave Katherine A. Powers,
The Star Tribune
The ambience and detail of Banville’s book are superb, but the story itself is ham-fisted, most especially in a long section, simply plopped down out of nowhere, devoted to the priest’s thoughts of a decade earlier in which he describes his activities. Though clues, red herrings, and another dead body litter the pages, there is no real plot here and when the solution to the murder comes it is predictable—except for a final coda, which is frankly unbelievable. John Banville is a great writer, but perhaps he has run out of material.
Read Full Review >>
Rave Michael Sears,
The New York Journal of Books
Tongue in cheek, Banville introduces us to a cast of clichéd characters from an Agatha Christie novel ... Yet these are not actors. These are real people, much deeper than their caricatures suggest ... enjoy the complex characters drawn with beautiful prose and flashes of humor.
Read Full Review >>
See All Reviews >>
SIMILAR BOOKS
Fiction