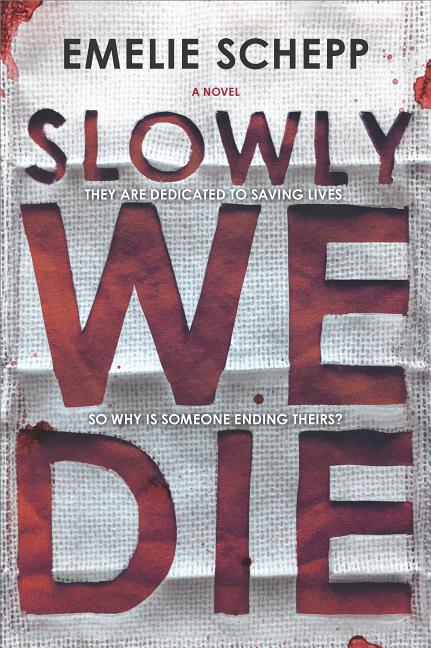 A tragic incident on the operating table leaves a patient damaged for life and leads a young surgeon to abandon his profession as a physician… Now, years later, a series of senseless, gruesome murders are rocking the same medical community.

What The Reviewers Say
Rave Kirkus
Alternating and overlapping narratives with musical precision, Schepp may be the smoothest storyteller among the new crop of Nordic noir aces ... the ingenious plot reveals and hidden connections keep you glued to the action ... this is Schepp's best effort yet in its deft blend of psychological suspense and procedural X's and O's.
Read Full Review >>
Positive Henrietta Verma,
Booklist
Schepp’s previous books in the trilogy were highly successful, and this fast-moving tale of intrigue and revenge will likely find a similarly large readership. Fans of Scandinavian crime novels will enjoy Schepp’s work, which is a natural choice after Jo Nesbø and Anne Holt; Jana Berzelius will also be a hit with readers who enjoy a strong female lead.
Read Full Review >>
Positive Patsy Glans,
RT Book Reviews
...a non-stop action-packed medical thriller with twists and turns around every corner ... there’s even a little romance thrown in for extra spice ... Emelie Schepp does her research on the medical terminology and procedures and consequently weaves a most enjoyable read.
Read Full Review >>
See All Reviews >>
SIMILAR BOOKS
Fiction

The Preserve
Ariel S Winter
Positive
What did you think of Slowly We Die?
© LitHub | Privacy