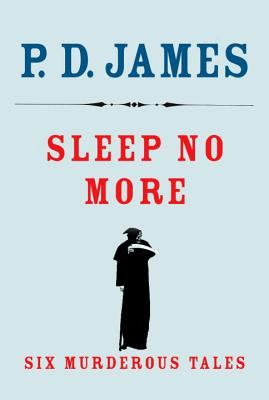 What The Reviewers Say
Rave Sarah Perry,
The Guardian
...[a] terrific collection ... There is a suggestion that James, in her short fiction, indulged a sense of mischief not quite possible when serving the demands of the novel. In 'The Murder of Santa Claus', she permits herself a little metafictional flourish, when the narrator professes himself to be 'no Dick Francis, not even a PD James'; while in 'The Victim' she so successfully inhabits the mind of a murderer delighted by 'a fountain of sweet-smelling blood' that the reader is almost enticed into sharing his delight ... a worthy addition to [the] much-missed author's body of work. It is difficult to imagine a more pleasing afternoon than one beside a fire or radiator, with a pot of tea to hand and autumn rain against the window, while settling in for a series of delightful shocks.
Read Full Review >>
Rave Patrick Anderson,
The Washington Post
...six previously uncollected, quite wonderful 'murderous tales' that will delight her longtime fans and can be a fine introduction to her work for others ... The stories collected here are variously surprising, sardonic and darkly humorous, and are always intelligent and beautifully written. As much as any crime writer I know, James transcends genre and should be viewed simply as a writer of exceptional literary skill ... This collection would make an excellent holiday gift for a literate friend, even though the author’s message has precious little to do with peace on earth or goodwill toward men.
Read Full Review >>
Positive Mary Cadden,
USA Today
... the collection mostly turns the classic murder mystery on its ear by not being so much a 'whodunit' as a when, where and how’d they get away with it? ... In Sleep No More, James (who died in 2014) writes of the perfect crimes — ones where the perpetrator gets away with it. Granted, knowing who the culprit is from the start can present a puzzle for mystery fans. But James’ spin still makes for an entertaining read. She has a knack for creating a page-turning tale; who cares if you know who the guilty party is? There is an unexpected delight as the reader moves from one story to the next, wondering not who may have gotten away with the next bold crime but how they did so, and brilliantly.
Read Full Review >>
See All Reviews >>
SIMILAR BOOKS
Fiction

Before She Disappeared
Lisa Gardner
Rave
What did you think of Sleep No More: Six Murderous Tales?
© LitHub | Privacy