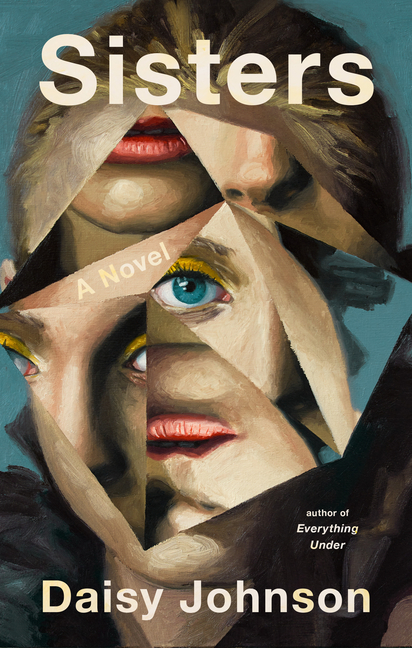 Born just ten months apart, July and September are thick as thieves, never needing anyone but each other. Now, following an event so traumatic that July can't remember it, the teens have moved away with their single mother to a long-abandoned family home near the shore. In their new, isolated life, July finds that the deep bond she has always shared with September is shifting in ways she cannot entirely understand.

What The Reviewers Say
Rave Harriet Lane,
The New York Times Book Review
Before too long, the novel is exhibiting the vivid unreliability of a fever dream ... It’s a Gothic setup, a clutch of damaged individuals stuck in an isolated ruin, and Johnson’s bold and impressionistic writing locates the story on the boundary between fable and horror ... the narrative keeps circling back to past events, building up a powerful atmosphere of doom and dread in a manner that occasionally feels a little overwrought — as if nothing bad has been left unimagined ... a gripping ordeal, a relentlessly macabre account of grief and guilt, identity and codependency, teenage girls and their mothers. Crammed with disturbing images and powered by a dare-to-look-away velocity, it reminded me, in its general refusal to play nice, of early Ian McEwan.
Read Full Review >>
Rave Alex Preston,
The Guardian (UK)
... a story that takes familiar themes and wraps them in the web of [Dolan's] careering lyricism and twisted imagination ... ohnson’s prose comes at you in jagged bursts ... The fact that most readers will see the final twist coming doesn’t undermine its power. Indeed, there’s something interesting in the way that Johnson uses readerly expectation and generic convention to her advantage, timing her revelations perfectly, allowing the reader to hear echoes of other writers without the novel ever feeling derivative or formulaic ... Careful readers will find many pieces of treasure buried here, including several references to Johnson’s 2016 short story collection, Fen. The fact that the plot of Sisters follows relatively well-worn paths allows Johnson to be more inventive and experimental in her use of language and in her characterisation. This is a novel Shirley Jackson would have been proud to have written: terrifically well-crafted, psychologically complex and chillingly twisted.
Read Full Review >>
Rave Sebastian Sarti,
Ploughshares
In Sisters identity is fluid and individuals remain elusive—like in Johnson’s previous books ... With Sisters, Johnson brings her twisty, shiny adjectives and alchemical sentences to the story of two sisters growing apart ... Johnson’s eschewment of simile for metaphor...dissolves the borders between dreams and reality, presenting a radical portrait of identity ... Lesser writers would resolve this question with some pat explanation of how to delineate between the essential and trivial. Instead of anything didactic, Johnson and her blurring, expansive language merge the figurative and the literal, leaving us with a series of searing impressions of the girls and their connection, all of them vivid, distinct, and fleeting.
Read Full Review >>
See All Reviews >>
SIMILAR BOOKS
Fiction

Mount Chicago
Adam Levin
Mixed
What did you think of Sisters?
© LitHub | Privacy