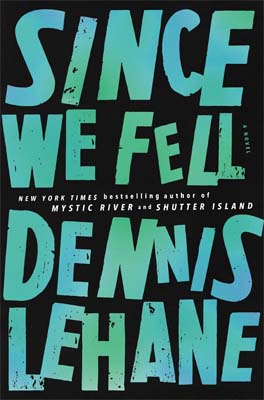 A psychological thriller about a former television journalist turned shut-in, her marriage to a private investigator, disintegrating mental state, and the conspiracy she is sucked into; from the author of Shutter Island and Mystic River.

What The Reviewers Say
Rave Neely Tucker,
The Washington Post
...a pleasantly twisted character study and a love story told in no particular rush ... Lehane, is, as ever, a graceful writer, observant of the world that shapes his characters’ lives. The desperation that overtakes Rachel in the latter stages of the novel is part of the national baring of the teeth ... There’s nothing dubious about the merits here. Lehane is in command of what he’s doing — unspooling plot twists and developing his character as Rachel descends into her own heart of darkness.
Read Full Review >>
Rave Colette Bancroft,
The Tampa Bay Times
[There is] an opener worthy of Raymond Chandler or James Cain, and the rest of this novel — a sleek thriller that, despite its turbocharged pace, explores the nature of love and evil — is just as gripping ... Since We Fell feels distinctly cinematic. Its dialogue is crisp and often darkly funny, its characters vividly drawn, its plot a tightening wire of well-crafted suspense ... Suffice it to say that anyone who has read Mystic River or Shutter Island knows that questions of identity, memory and reality have long been Lehane's raw material — and that, along with being one of the best crime fiction writers in the business, he's also an adept, insightful chronicler of romance.
Read Full Review >>
Mixed Noah Hawley,
The New York Times Book Review
The turn, when it comes, is both satisfying and somehow disappointing. Until now, the high-wire act Lehane has managed — to craft a character thriller, a psychological nail-biter based on real emotion and relatable anxiety — has been the rarest kind of page-turner, one in which character, not plot, drives the book’s addictiveness. The thriller that emerges in the last 100-plus pages is more than satisfying on its own merits. Lehane takes all of Rachel’s weaknesses, the tools she has used to overcome her deep psychological flaws, and turns them into strengths in navigating a world gone mad ... But at the same time, there is something reductive about the last third of the book. A story that flirted with the unsolvable mysteries of a human being called Rachel becomes a simple tale of what happens next.
Read Full Review >>
See All Reviews >>
SIMILAR BOOKS
Fiction

Silverview
John Le Carré
Positive
What did you think of Since We Fell?
© LitHub | Privacy