Silence Is My Mother Tongue 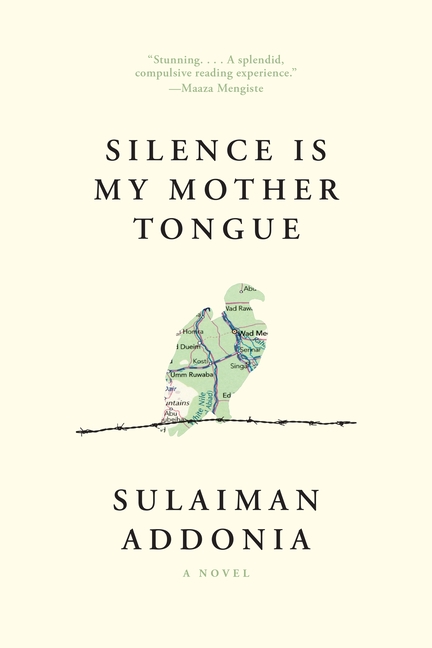 Saba and her mute brother Hagos struggle to adjust to life in a Sudanese refugee camp. Saba mourns the future she lost when she was forced to abandon school, while Hagos, scorned for his inability to speak, must live vicariously through his sister. Both resist societal expectations by seeking to redefine love, sex, and gender roles in their lives.

What The Reviewers Say
Rave Jane Housham,
The Guardian (UK)
While his portrayal of the exiled community that tries to remake its home in the camp is brilliantly alive with incidents and personalities, more beguiling still is his double portrait of teenage Saba and her brother Hagos ... The exchange of masculine and feminine roles within the context of a sexually conservative culture makes for a gripping and courageous narrative. Both Saba and Hagos ultimately gain from the trade-off and find the strength to break out of the suffocating expectations their community has of them. A feminist book, then, and, exhilaratingly, so much more.
Read Full Review >>
Positive Jamil Jan Kochai,
The New York Times Book Review
Throughout the trial, the book’s narrator, a fellow refugee named Jamal, relates back to us the remarkably tender stories of Saba’s so-called 'crimes,' involving a blanket shared between the siblings and a botched circumcision. Jamal has a poet’s tongue and a painter’s eye, and he describes his experience of Saba and his other neighbors (some of whom have committed abominable crimes against him) with heartbreaking tenderness. It is a harried and lifelike and momentous opening to a novel. But as the perspective shifts in the second chapter from Jamal’s to Saba’s, explaining the circumstances of how her family ended up in the camp, the story loses some of its earlier momentum and verve. The prose is just as elegant and descriptive ... But what begins as a riveting, mysterious, almost magical and delightfully chaotic depiction of the inner workings of an East African refugee camp shifts into a slower, more careful tale of a young girl and her brother, creating new worlds out of dust ... Characters fall in and out of the narrative without much organic development. The dialogue between Saba and her friends and neighbors can sometimes seem heavy-handed, as if the characters are summarizing the themes of the novel to one another ... Fortunately the novel’s second half introduces Saba and Hagos to a number of much more rounded characters in the camp ... By the end, as this story of young, codependent refugees is propelled into a revelatory, formally experimental and ultimately tragic conclusion, the initial depth and beauty Jamal witnessed through his 'cinema' curtains has only further blossomed. The novel leaves us with the lingering imprint of the siblings’ many sacrifices, and their ever-growing love.
Read Full Review >>
Positive Richard Scott Larson,
The Colorado Review
... spare and precise ... The device of Jamal’s cinema is a clever place for Addonia to begin this beguiling novel based on his experience spending his own early life at a refugee camp, as we are subsequently forced to consider what might be happening beyond the edges of the frame. By telling the parts of Saba and Hagos’s story that can’t be gleaned from watching Jamal’s cinema, Addonia reveals life at camp to be endlessly complex and riddled with struggles, both subtle and overt, and the device of the screen serves to highlight the shared sense of claustrophobia that permeates daily life—a claustrophobia not just of physical closeness, but also of cultural tradition ... There’s a purposeful distance to Addonia’s writing in how he often eschews interiority for a stark specificity of physical detail and action—especially during moments of violence, which is often rendered matter-of-factly, highlighting both its frequency and these characters’ numbness to its aftermath. And yet the act of violence that sparks the novel’s heartbreaking conclusion actually takes place both off the page and outside the jurisdiction of Jamal’s cinema screen, leaving readers only with the afterimage of a bloody cloth and the sounds of a young woman’s cries for help ... is ultimately an exercise on learning where to look—and how to truly see what we find when we do.
Read Full Review >>
See All Reviews >>
SIMILAR BOOKS
Coming Soon

Fellowship Point
Alice Elliott Dark
Rave
What did you think of Silence Is My Mother Tongue?
© LitHub | Privacy