Shoot the Moonlight Out 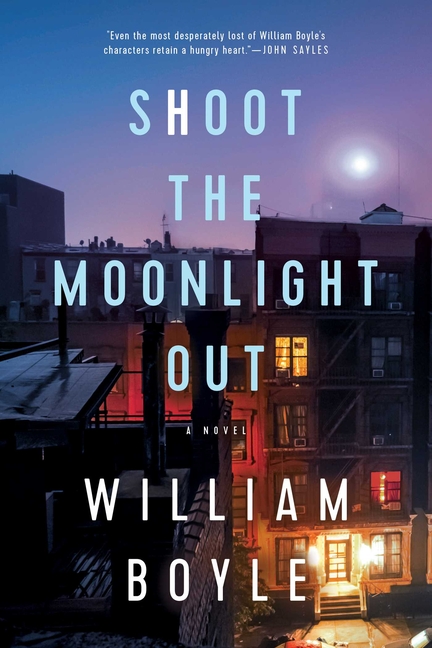 Southern Brooklyn, July 1996. Fire hydrants are open and spraying water on the sizzling blacktop. Punk kids have to make their own fun. Bobby Santovasco and his pal Zeke like to throw rocks at cars getting off the Belt Parkway. They think it's dumb and harmless until it's too late to think otherwise. Then there's Jack Cornacchia, a widower who lives with his high school age daughter Amelia and reads meters for Con Ed but also has a secret life as a vigilante, righting neighborhood wrongs through acts of violence. A simple mission to strong-arm a Bay Ridge con man, Max Berry, leads him to cross paths with a tragedy that hits close to home. Fast forward five years: June 2001. The summer before New York City and the world changed for good

What The Reviewers Say
Rave Richard Lipez,
Washington Post
Boyle said he tries to write about how bad people can do good things and good people can do bad things. In Shoot the Moonlight Out, Boyle achieves his aim marvelously ... Boyle alternates the points of view of his characters, getting inside the heads of each with never a false note ... Details...are Boyle’s forte, as are his great quick sketches of minor characters.
Read Full Review >>
Rave G. Robert Frazier,
BookPage
Boyle slowly introduces each of his players in chapters from their perspective, deepening the reader's empathy for each member of the large cast as he digs into their individual losses, hopes and loves. Hailing from Brooklyn himself, Boyle imbues the setting with an air of authenticity and stark realism as his characters leap from the page. Readers can only grasp at the slimmest of hopes in this grim, modern-day noir, but the determination of Boyle's characters defies expectations. He increases the suspense and intrigue of the story across alternating chapters, seemingly checking in with characters at random as Shoot the Moonlight Out subtly builds towards a collision of lives intertwined and fates inextricably linked.
Read Full Review >>
Rave Scott Adlerberg,
Criminal Element
A haunting crime story ... A riveting portrait ... Boyle excels at portraying people who never give up no matter how bad a hand they’ve been dealt or what kind of mess they’ve created for themselves. And his empathy extends to nearly every person he puts on the page, helping him create a gallery of characters—many of them damaged—that the reader loves to spend time with ... There is a classical shapeliness to the book’s form, a way Boyle has of moving people around so they meet who they need to meet and understand what they need to understand, but none of the characters’ peregrinations strikes the reader as contrived because his people are so nuanced and real ... William Boyle knows how to craft a tight quilt of a plot while at the same time grounding that plot in a setting of wonderful richness. His Brooklyn is specific and clear and alive, a place he knows cold. He’s able to capture the messiness of life with the acuity of a dedicated realist, but he shapes that messiness in such a way that he keeps everything moving forward and toward a definitive resolution. Controlled and yet loose is how I would describe Shoot the Moonlight Out, and for my money, that’s a blend of two traits that’s no small achievement.
Read Full Review >>
See All Reviews >>
SIMILAR BOOKS
Fiction 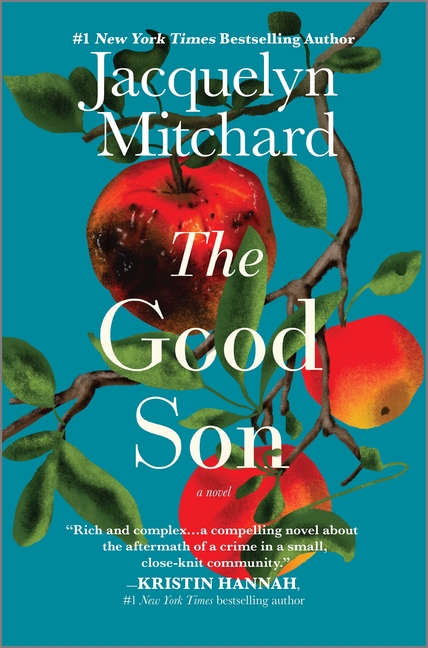 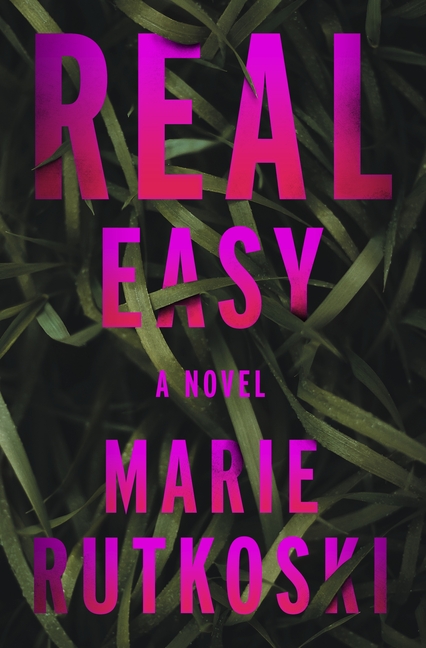 Real Easy
Marie Rutkoski
Rave
What did you think of Shoot the Moonlight Out?
© LitHub | Privacy