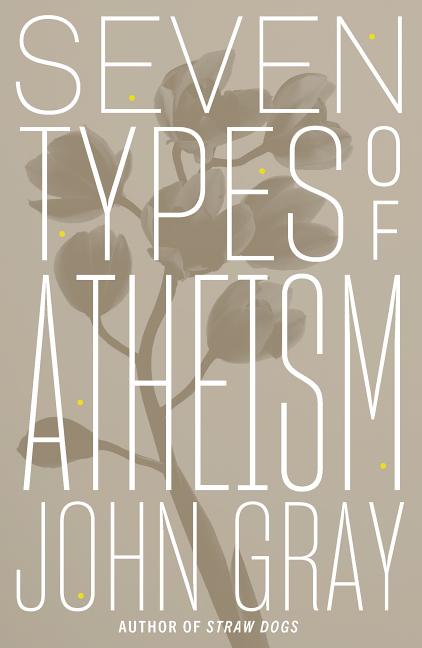 The Oxford philosopher offers a critique of atheism, which, in its various iterations, tends to emulate the same problematic ideas atheists condemn in Judeo-Christian religions.

What The Reviewers Say
Positive Richard Harries,
The Guardian
John Gray is scathing about the intellectual pretensions of the 'new atheists' with their 'smears and fulminations' but sees in them a fault line that has run right through most forms of atheism since the 18th century. This is that in reacting against the creator-God of the Jewish and Christian traditions they have at the same time taken over many of their assumptions ... for Gray most of these forms of atheism are a form of repressed religion ... Unfortunately he does not make any real attempt to understand why the first Christians came to see Jesus the way they did and why, in their terms, this seemed justified ... while Dostoevsky was conflicted about his faith, Gray seriously underplays the strong Christian element both in his life and major characters ... This is a highly readable, fascinating book that jerks the debate on religion versus atheism right out of its crusted rut into the light of serious intellectual scrutiny.
Read Full Review >>
Positive Costica Bradatan,
The Washington Post
A master contrarian in the tradition of philosophers Lev Shestov and Emil Cioran, Gray uses paradox not just for rhetorical effect but to a philosophical end ... Gray has emerged as a unique thinker precisely because he has no time for the pious lies and empty niceties of the academic establishment. He seems to have a sixth sense that helps him detect whatever is shallow, self-flattering and self-deceptive in our notions of ourselves. He is erudite, witty and persuasive.
Read Full Review >>
Mixed George Scialabba,
The New Republic
Seven Types of Atheism does not offer a rigorous or exhaustive taxonomy of nonbelief. The seven sections mainly provide a convenient way of organizing Gray’s likes and (more often) dislikes ... the reader, especially if she has encountered similar arguments in Gray’s previous books, may find a question arising in her mind: So what? ... Gray is at his best in...sketches of writers he admires, as well as in the many similar sketches scattered through his previous books ... Gray asks us...'Other animals do not need a purpose in life.… Can we not think of the aim of life as being simply to see?' With considerable respect for Gray (and for Conrad, Santayana, et al.), I would answer no.
Read Full Review >>
See All Reviews >>
What did you think of Seven Types of Atheism?
© LitHub | Privacy