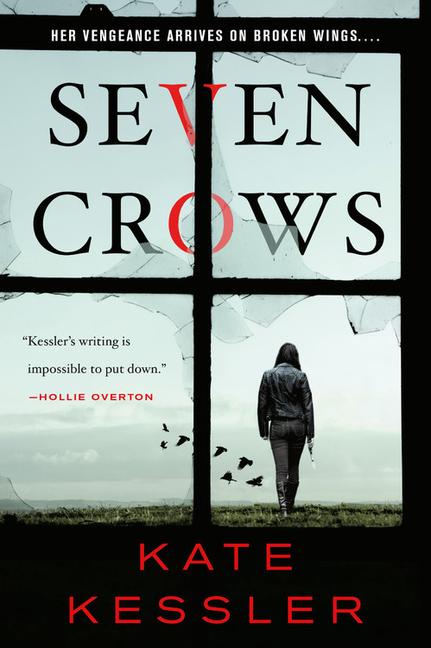 Killian Delaney has a skewed moral compass, a high threshold for pain, and has just been released from prison to discover that someone has taken her niece. Killian does not hesitate. Loyalty is the most important thing in her life, and when she gets a call from her sister saying that her daughter is missing, Killian immediately begins hunting down the men responsible.

What The Reviewers Say
Positive Elyse Discher,
BookPage
If you take the John Wick and Sons of Anarchy series, blend them with the movie Taken and then dial the intensity up to 11, you have Seven Crows ... This plot sounds dark, and it is, but it’s also surprisingly satisfying ... opens with a bang and doesn’t slow down. Spanning only a few days, the action is compressed into a breathless timeline ... This novel is staggeringly violent, but its violence feels almost cathartic, rather than gratuitous ... I must add the caveat that, in keeping with its tone, the book references sexual assault in a candid and descriptive way that may be off-putting to some readers ... vicariously experiencing Killian’s brutal form of justice feels just right, rather than too much.
Read Full Review >>
Positive Jane Murphy,
Booklist
A gutsy action hero emerges in what promises to be a new series that may pick up readers from Orange Is the New Black followers and carry along fans from Kessler’s Audrey Harte thrillers ... Sometimes brutal, yet compelling, just like OITNB.
Read Full Review >>
Mixed Publishers Weekly
Pacing and character development receive short shrift in this visceral tale of revenge ... The final chapter sets up a possible series featuring Killian, Dash, and their motley crew, though interest depends on the reader’s tolerance for descriptions of bone-breaking fights and the aftermath of gang rape. Kessler works hard to build sympathy for her raging antiheroine, but her one-note character is no Lisbeth Salander.
Read Full Review >>
See All Reviews >>
SIMILAR BOOKS
Fiction

The Transparency of Time
Leonardo Padura
Rave
What did you think of Seven Crows?
© LitHub | Privacy