See You Again in Pyongyang: A Journey Into Kim Jong Un's North Korea 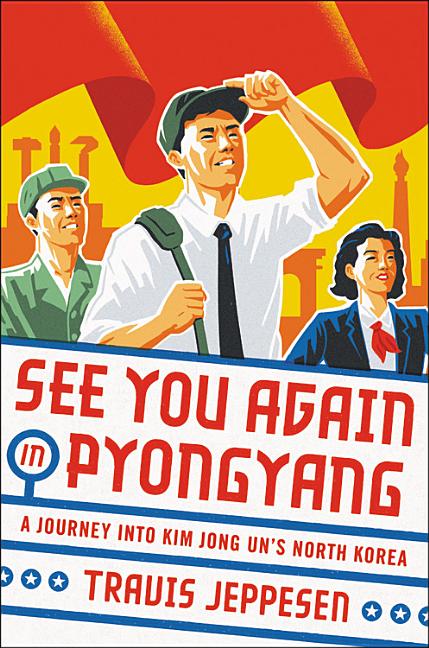 The first American to complete a university program in North Korea recounts his experience living under a dictatorship, where his status as a foreigner segregated him from much of the native population and kept him under the constant watch of tour guides.

What The Reviewers Say
Positive Sheila Miyoshi Jager,
The New York Times Book Review
See You Again in Pyongyang is written in a crisp and engaging style. Jeppesen, who made several previous trips to the country lasting a week or less, provides a probing look at a slice of privileged life inside Kim Jong-un’s North Korea by describing what it is like to live in a totalitarian state where the 'undercurrent of paranoia is woven into the fabric of daily life' ... Structured as part memoir, part travelogue and part history, Jeppesen’s artful narrative falls short in the history portion of the book ... there are more specific errors ... These are not minor historical details, and they distract from the overall flow of the narrative ... Still, if the intent of the book is to provide an up-close and vivid account of what life is like for an American tourist in North Korea, it succeeds splendidly.
Read Full Review >>
Positive Steph Cha,
The Los Angeles Times
Jeppesen is our guide to North Korea, and all he can really offer is a dramatic recounting of his time in the country, much of which boils down to a guided tour of a guided tour. He seems to compensate for thin material with flowery language and flagrant verbosity. There are many purple-prosed sunsets ... I found his substantive commentary quite enjoyable—he knows how to talk about art, and he comes alive in his granular analyses of what he dubs 'Norkore' propaganda music and regime-approved 'Norkorealist' painting ... What makes See You Again in Pyongyang worth reading is the tension between the bold explorer and the impenetrable country, the feeling of frustration in the face of lies and exclusion and petrified resistance. Jeppesen may get as deep as Pyongyang will allow, at least to an American.
Read Full Review >>
Positive Chris Woodyard,
USA Today
Though he stays long enough in North Korea to get a deeper view, Jeppesen is still treated as a foreigner ... While his book is hardly a love letter, he bemoans that almost all U.S. reporting on North Korea is negative, often colored by South Korea's dislike of the North, and that few Western news operations have any Korean speakers who could help unfold a more balanced view of nuanced life in North Korea. Those searching for clues as to whether Trump has a shot at ever forging a new relationship with North Korea may come away from this book as confounded as ever. There are no blacks and whites about North Korea—only grays.
Read Full Review >>
See All Reviews >>
What did you think of See You Again in Pyongyang: A Journey Into Kim Jong Un's North Korea?
© LitHub | Privacy