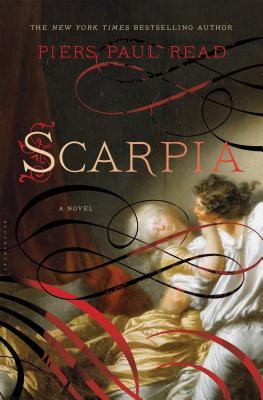 What The Reviewers Say
Rave Allan Massie,
The Wall Street Journal
Mr. Read’s understanding of the nature, and consequences, of ideological wars makes this a historical novel for grown-ups ... And what a pleasure it is to read a novel by an author who knows precisely what he is doing and how to achieve his aim. Mr. Read has no time for the tyranny of creative writing schools, with their insistence that you should 'show, not tell.' He knows that there is a time for showing and a time for telling, that a narrative is first a thing told or recounted and that showing tends to slow the story. Piers Paul Read is one of England’s most accomplished novelists, and Scarpia is among his finest novels.
Read Full Review >>
Positive DJ Taylor,
The Guardian
What kind of historical novel have we here? The answer is a somewhat old-fashioned one – formal, demure and propagandist by turns ... Read’s always-laconic style has reached a whole new level: cool, detached, plumbing well-nigh fathomless depths of irony while never quite disguising the layers of feeling that lie beneath. Though somewhat recherché in both theme and treatment, Scarpia is, like nearly everything else he has written in the past 49 years, a pleasure to read.
Read Full Review >>
Pan Jan Stuart,
The New York Times Book Review
In Scarpia, Read sets out to vindicate the unscrupulous police chief from “Tosca,” who may have been based on a real-life Bourbon baron ... The book opens with fablelike charm as it tracks the mercurial fortunes of its hero, tumbling in dishonor from the Spanish Royal Guards and then ascending among the Roman elite, as well as the rising star of Tosca, a gardener’s daughter turned operatic darling. But well before they meet cute in a Venetian gondola, the narrative bogs down in a recitation of power plays between the embattled republican and loyalist factions. A ­cymbal-crash of a climax is waiting in the wings, but the effect is that of a clanging school bell at the end of a drifting lecture.
Read Full Review >>
See All Reviews >>
SIMILAR BOOKS
Fantasy

The Falcon's Eyes
Francesca Stanfill
Positive
What did you think of Scarpia?
© LitHub | Privacy