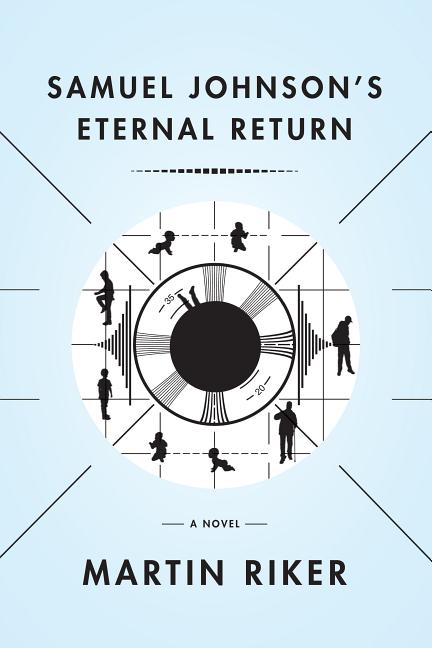 After he dies, Samuel Johnson inhabits one body after the next, waiting for a chance to return to his son.
Positive
Based on 5 reviews

What The Reviewers Say
Positive Andrew Martin,
The New York Times Book Review
First, it seems only fair to mention that those looking for a book about the enduring legacy of James Boswell’s great subject should look elsewhere. A mention of that Samuel Johnson does appear toward the end of Samuel Johnson’s Eternal Return, Martin Riker’s darkly inventive debut novel, as though to reassure the reader that she isn’t insane to wonder if the titular character would turn out to have some connection to the 18th-century lexicographer. He doesn’t, but, given the novel’s precipitous swerves, it would not have been shocking if he had ... At times, especially in the depths of...nightmarish sequences, I admired Riker’s audacity more than I enjoyed following his logic to its gruesome endpoints. The book is ingenious, but unsparing in its vision of a country populated almost entirely by selfish people in thrall to their vices and, more often than not, well on their way to being killed in automobile accidents. Maybe what I’m saying is that the truth hurts.
Read Full Review >>
Positive Jonathan Fullmer,
Booklist
Riker’s delightfully heady debut novel is both a metaphysical adventure tale and a primer on the examined life. ... [a] philosophical yet fast-paced tale filled with satisfyingly unexpected turns.
Read Full Review >>
Positive Jim Ruland,
Los Angeles Times
... mind-bending ... As the novel accelerates toward its heart-wrenching conclusion, its composition becomes increasingly meta and feels a bit like being stuck inside a high-concept time travel movie ... Like a television rerun, Samuel’s situation repeats, but the story of his eternal return does end, as all books must, in a manner that is absolutely dazzling. Given the limitations Riker has imposed on poor ghostly Samuel, it’s remarkable that he was able to get any kind of novel out of his circumstances, much less one so moving and profound.
Read Full Review >>
See All Reviews >>
SIMILAR BOOKS
Fantasy