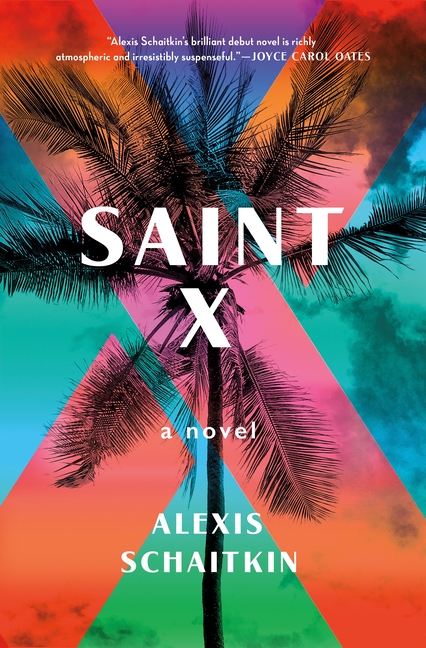 Claire is living and working in New York City when she fatefully encounters Clive Richardson, one of the men suspected of murdering her sister Alison many years earlier on a Caribbean island. The meeting sets Claire on an obsessive pursuit of the truth—of not only what happened the night of Alison's death, but also of her sister's elusive persona.

What The Reviewers Say
Rave Oyinkan Braithwaite,
The New York Times Book Review
... a fetching, charismatic, somewhat volatile heroine. One who is pure enough that you feel the enormity of her loss, but slick enough to be interesting ... All these sub-narratives dedicated to minor and major characters, chapters that do little to move the plot along, could easily have resulted in a novel that buckled under the weight of its structural ambitions, but Schaitkin pulls it off without a hitch ... hypnotic, delivering acute social commentary on everything from class and race to familial bonds and community, and yet its weblike nature never confuses, or fails to captivate. Schaitkin’s characters have views you may not always agree with, but their voices are so intelligent and distinctive it feels not just easy, but necessary, to follow them. I devoured Saint X in a day ... Perhaps intentionally, the narrative deflates a little at the end. But perhaps this was bound to happen; after spending over 300 pages trying to understand what happened on the island that night, could the reader be satisfied by any ending? Could the bereaved?
Read Full Review >>
Rave Jen Forbus,
Shelf Awareness
In this riveting debut...Schaitkin vividly paints the emotional struggle Claire experiences after leaving the island ... The differing points of view remind readers [of] unreliable narrators; readers must parse for themselves what the truth is, if it actually can be found ... While Saint X on its surface presents a mystery, the focus is on the dynamics of human relationships—and the result is an engrossing tale about family, about privilege and about finding one's way in the labyrinth of life.
Read Full Review >>
Rave Kathryn Justice Leache,
BookPage
... magnetic ... a nuanced examination of class, privilege and the terrible ways that tragedy can echo forward in time. Schaitkin embellishes a strong plot with psychologically complex main characters and a chorus of devastatingly incomplete narratives from peripheral characters about what really took place on Saint X. This is a must-read for fans of literary suspense.
Read Full Review >>
See All Reviews >>
SIMILAR BOOKS
Fiction

The Preserve
Ariel S Winter
Positive
What did you think of Saint X?
© LitHub | Privacy