Running to the Edge: A Band of Misfits and the Guru Who Unlocked the Secrets of Speed 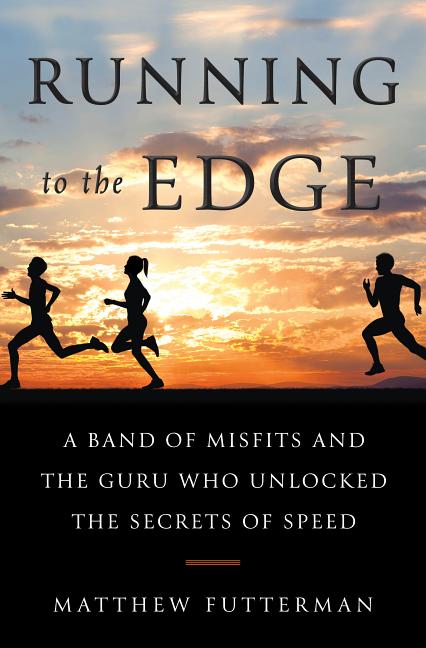 New York Times Deputy Sports Editor Matthew Futterman interweaves the stories of visionary American running coach Bob Larsen's runners with a discourse of the science behind human running, as well as a personal running narrative that follows Futterman's own checkered love-affair with the sport.

What The Reviewers Say
Positive Katie Arnold,
The New York Times Book Review
... is at its most gripping when Futterman is reconstructing the early days of the Toads, outliers and long shots ... Written largely in the present tense, these early chapters don’t feel reported. Rather, the narrative is smooth and immediate, almost effortless in its detail, if occasionally breathless, like a good fast run; the book makes it easy to forget these scenes involve obscure runners at obscure races that happened more than 40 years ago. Futterman places the reader in the middle of the action, a spectator to the story’s improbable unfolding. While Larsen’s later athletes who dominate the book’s second half — ran to international glory and lend a glimmer of star power to the story, it’s the long-forgotten Toads who will elicit the most cheers.
Read Full Review >>
Positive Brenda Barrera,
Booklist
Futterman does a masterful job ... Readers eager for a compelling underdog sports story are sure to enjoy this account, as many will see themselves in the band of 'misfits' Futterman profiles, young rebels who formed the infamous San Diego–based running club, the Jamul Toads. Futterman, an experienced marathoner, includes brief excerpts about his own running experiences, further showing his passion for the sport. Keflezighi’s memoir, 26 Marathons (2019), and Kastor’s Let Your Mind Run (2018) make great read-alikes for this reverent tribute to a beloved coach.
Read Full Review >>
Positive Kirkushttps://www.kirkusreviews.com/book-reviews/matthew-futterman/running-to-the-edge/
... lively ... Futterman chronicles plenty of thrills and spills, as well as the inevitable disappointments, on the road to winning Olympic squads and marathon champions, a development accompanied by lots of good science ... Larsen clearly understands what motivates runners in the endless rise and fall of competition ... Athletes in any sport stand to learn from Larsen’s methods, and Futterman turns in a fluent yarn reminiscent of Plimpton and McPhee.
Read Full Review >>
See All Reviews >>
What did you think of Running to the Edge: A Band of Misfits and the Guru Who Unlocked the Secrets of Speed?
© LitHub | Privacy