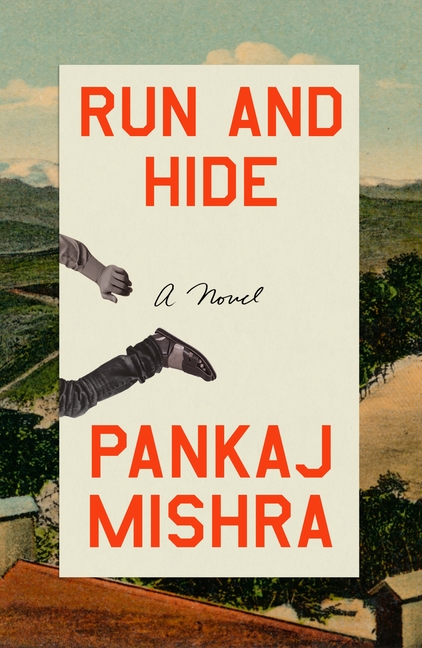 A story of achieving material progress at great moral and emotional cost, and of a changing country and global order, and the inequities of class and gender that map onto our most intimate relationships.

What The Reviewers Say
Rave Samantha Schoech,
San Francisco Chronicle
[Mishra's] view of modernism and its promises of global wealth, growth and fulfillment is skeptical, curious and almost uncomfortably piercing. In his new novel, Run and Hide, he sweeps globalization, populism, cultural upheaval and the crisis of modern masculinity into the story of a modernized India ... Colorful ... The novel is deeply Indian, and surely readers like this one who are less familiar with the subtleties of the history, culture and language of that country will miss a lot, despite Mishra’s thrilling specificity and description. But like most things in this 21st century world, the book does not stop at borders ... Mishra’s scenes of life among the modern elites of Delhi, London and New York...are so precise and well-observed they are almost embarrassing ... Mishra is a masterful eyewitness to the modern world, equally unafraid of nuance, earnestness and absurdity. Run and Hide...is not plot-driven. It is a slow, careful book about a fast and reckless world. This is not a destination novel; it is a journey novel. One well worth taking.
Read Full Review >>
Rave Jude Cook,
The Spectator (UK)
The first novel in more than 20 years from the essayist and cultural analyst Pankaj Mishra is as sharp, provocative and engagé as you’d expect. An exploration of Narendra Modi’s autocratic, Hindu-nationalist New India seen through the progress of three graduates from the prestigious Indian Institute of Technology, it’s also reassuringly rich in characterisation and the sheer sensory overload of modern life ... As an exuberant chronicle of a late capitalist world fatally mediated by Twitter and Instagram, Run and Hide might be the most zeitgeisty novel you could read. By the end, Arun recalls Hermann Hesse’s non-conformist heroes, his searching insight and principles of social equality assailed but still intact.
Read Full Review >>
Positive Tanjil Rashid,
The Guardian (UK)
The changing forms of [Mishra's] writing, always straining to encompass the chaotic reality Mishra sees around himself, reveal him to be a profoundly literary voice, as interested in how to write about a subject as the subject itself... This epistolary form (in which we never get Alia’s side) is a curious choice. The philosophising tone is reminiscent of 19th-century Russian discourse ... The novel manages to be somewhat plotless, yet unnecessarily convoluted ... But Mishra is having fun with the newfound freedom of fiction, and the reader comes to share in it ... After the density of his recent books, with their weighty bibliographies, Mishra’s fictional prose is permitted, once again, to take lyrical flight.
Read Full Review >>
See All Reviews >>
SIMILAR BOOKS
Fiction

Kaleidoscope
Cecily Wong
Rave
What did you think of Run and Hide?
© LitHub | Privacy