Rules of War: A Thriller 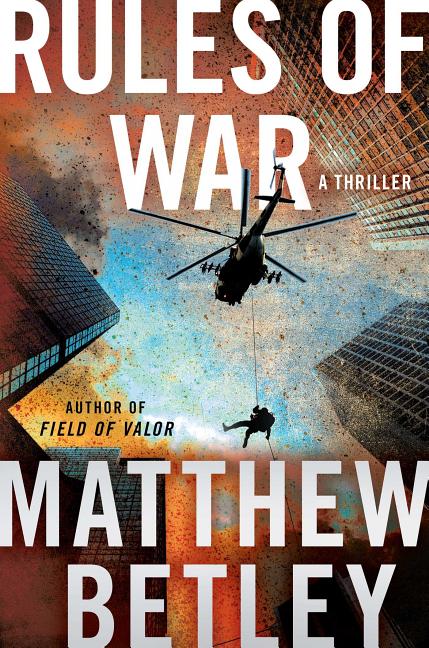 The vice president of the United States is missing, the director of the National Security Agency has been assassinated, and the mysterious organization orchestrating global instability is in tatters. While John Quick recovers from a gunshot wound that nearly killed him, Logan West is on the hunt to bring the vice president back to the US to face justice for his treason.

What The Reviewers Say
Rave The Real Book Spy
[Betley's] most action-packed thriller to date ... A former Marine himself, action and quick-witted dialogue have been Matthew Betley’s calling card throughout his writing career. And while the action and laugh-out-loud-funny one-liners are plentiful, he doesn’t receive enough credit for his ability to manipulate readers’ emotions ... Betley—like everything else he does—takes it to the next level here, revealing a masterful touch in his handling of emotionally-charged scenes and a smooth prose to go with it. Bottom line: he’s no one-trick pony, and Betley, like his alter-ego protagonist, lays it all on the line here ... Told with blazing speed, Rules of War is another fun, timely, action-filled thriller from Matthew Betley—who packs more gunfights and daring sequences into his books than anyone else in the business.
Read Full Review >>
Positive Joe Hartlaub,
BookReporter
Those who have read the previous novels in this series know what to expect, and no doubt will have a defibrillator on hand when they crack the binding. Betley wastes little time in setting up a few dominoes before getting Logan rolling. And roll he does ... Betley has walked the walk in some of the world’s most dangerous areas, and it is reflected in the talk he talks here. Rules of War is shot through with his own experiences to the extent that one wonders at various points where the fiction ends and the reality begins. The result is an exhilarating and passionate read that you won’t soon forget.
Read Full Review >>
Positive Kirkus
Some of the connections in this account of international intrigue appear somewhat loose, but there is a surplus of gunplay and military tactics to keep the pages turning for fans ... An action-packed tale of deep-state double crossings and the elite soldiers charged with ensuring American interests.
Read Full Review >>
See All Reviews >>
SIMILAR BOOKS
Coming Soon

On Java Road
Lawrence Osborne
Rave
What did you think of Rules of War: A Thriller?
© LitHub | Privacy