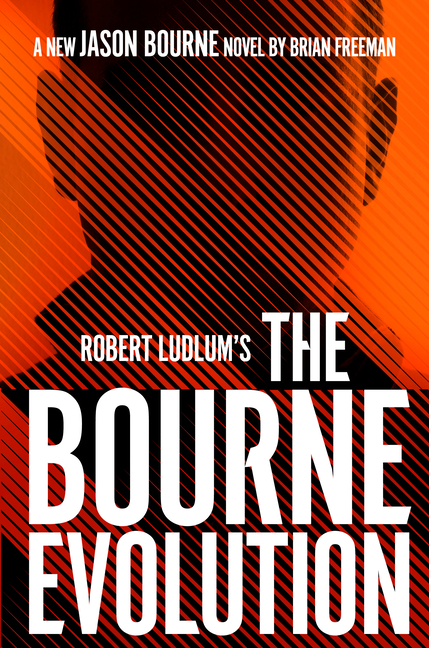 After the death of his lover in a mass shooting, secret agent Jason Bourne is convinced that there is more to her murder than it seems. Worse, he believes that Treadstone--the agency that made him who he is, that trained him--is behind the killing. Bourne goes rogue, leaving Treadstone behind and taking on a new mission to infiltrate and expose an anarchist group, Medusa.

What The Reviewers Say
Rave Ryan Steck,
The Real Book Spy
The hero you know, now rebooted for a new generation ... The Bourne Evolution offers both the familiarity of an iconic character, while simultaneously introducing an exciting, updated, rebooted model that better fits today’s publishing world. It’s been a while since Jason Bourne sat atop the thriller genre, but with Brian Freeman at the helm, he retakes his seat among the best in the business. Bottom line: Jason Bourne is back and better than ever. Do not miss this book.
Read Full Review >>
Rave Ray Palen,
Book Reporter
The action is non-stop and makes for some breathless reading. I cannot remember having this much fun with a Jason Bourne novel. Brian Freeman was “born” to take on this series (pun definitely intended). In THE BOURNE EVOLUTION, Bourne isn't weighed down as much by the past and all the people who have done him wrong. We've already gone down that road. This Bourne is exciting and interesting, using his unique skill set for himself in a more contemporary setting without missing a step. The evolution is upon us, and I cannot wait to see what Freeman does next with this legendary character.
Read Full Review >>
Positive Kirkus
Novelist Freeman nails the Ludlum style in the latest Jason Bourne adventure ... The showdown between Bourne and Miss Shirley is one for the ages. Freeman’s first Jason Bourne thriller is a treat for fans of the late Robert Ludlum.
Read Full Review >>
See All Reviews >>
SIMILAR BOOKS
Fiction

Find You First
Linwood Barclay
Positive
What did you think of Robert Ludlum's the Bourne Evolution?
© LitHub | Privacy