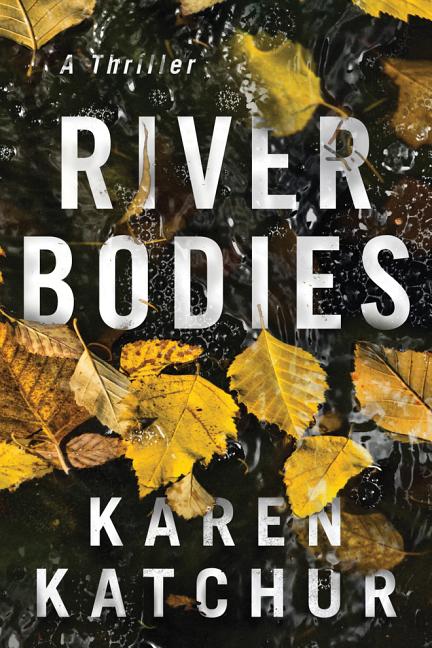 In this series opener, an emotionally vulnerable woman is drawn back to her hometown—right into the middle of a murder investigation.

What The Reviewers Say
Rave John Valeri,
Criminal Element
River Bodies by Karen Katchur is a dark, gripping mystery where a brutal murder unearths old secrets that should have stayed buried ... The narrative shifts timeframes and perspectives, effectively hastening the collision of past with present while also mirroring Becca’s retrieval of memories from her childhood, which prove integral to the case at hand. Further enhancing the story’s thriller elements is the palpable sense of claustrophobia and isolation that Katchur creates, both in terms of external setting and internal conflict. But beyond conventional genre fare, it’s a study of broken families and a meditation on grief, which has the power to both cripple and galvanize. Consequently, only by confronting her haunted history can Becca overcome it—or die trying ... River Bodies is an astonishingly evocative and emotionally resonant novel.
Read Full Review >>
Positive Beth Kanell,
New York Journal of Books
With River Bodies Katchur launches a crime series instead, the Northamption County Series, with a promise to feature lead detective Parker Reed in the books ahead ... Deftly braiding suspense, crime, and the search for trust and truth, Katchur works a modern ‘deliverance’ out of a harsh rural location, with potential that she more than justifies in her plot twists, pacing, and growth of character ... Don’t let the occasionally too-short chapters or the jumps of point of view or timeline bother you—it’s worth reading all the way through this intense thriller, and gives a taste of how extraordinary this author will be as she continues to reach into her best books ahead.
Read Full Review >>
Mixed Kirkus
...When a man’s body is found in the river, shot, gutted, and field dressed like a deer, it hearkens back to a similar crime committed many years ago and to the dark deeds of the local biker club, the Scions ... This is not a whodunit. The perpetrator is revealed immediately, and although the author tries, it’s tough to make him too sympathetic after committing such a heinous crime. Nonetheless, Katchur is an engaging writer who ably navigates the dynamics of small-town life and the darkness that lurks beneath the mundane ...Easily digestible, if not groundbreaking, suspense with a tense family drama at its core.
Read Full Review >>
See All Reviews >>
SIMILAR BOOKS
Fiction

The Devil Takes You Home
Gabino Iglesias
Positive
What did you think of River Bodies?
© LitHub | Privacy