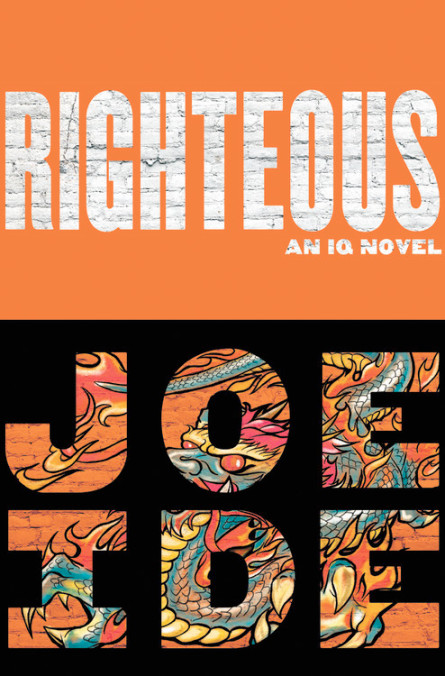 The follow-up to Ide's Edgar Award-nominated debut crime novel (IQ), focusing on an East Long Beach private investigator's search for the truth behind his brother's death.

What The Reviewers Say
Rave Janet Maslin,
The New York Times
There are a lot of fine reasons to discover Ide’s work, and seamless continuity is just one of them. He writes thumbnail descriptions that rival Elmore Leonard’s. His dialogue, much of it unprintable here, has bite that puts him in the Winslow/Lehane league ... Ide writes about the hostility among ethnic groups — notably black gangs and Chinese triads (whose members’ affectation of American gang habits comes in for some mockery, though their toughness does not) — in ways that would be offensive if they weren’t equal-opportunity insults. The world of these books is one of constant trash talk, and Ide delivers it with style ... Will Ide lead Isaiah toward happiness? The book’s battles play out ingeniously, with Isaiah trying to figure out how he could have been so wrong about Marcus.
Read Full Review >>
Rave Tom Nolan,
The Wall Street Journal
...[an] impressively written, page-turning second novel ... These dual quests are detailed in more or less alternating chapters, through multiple characters’ points of view. But are they taking place in the same time frame? And what might they have to do with each other, if anything at all? The reader follows a rich cast of villains and heroes through a multistate, bullet-riddled adventure involving street crime, turf wars and human trafficking, but in due course Mr. Ide provides plenty of satisfying answers—and in a satisfyingly clever fashion.
Read Full Review >>
Rave Oline H. Cogdill,
The Associated Press
As good as IQ was — and it was terrific — Righteous takes a deeper look at Isaiah, delving into what has shaped this young African-American man and allowing the character to mature ... Ide keeps Righteous on a righteous path of compelling storytelling, allowing his characters to flourish while exploring the worst of human nature. Never once does Righteous go over the top as Ide keeps each plot point chillingly realistic ... Ide’s debut IQ showed what a skillful writer he is. Righteous elevates the author — and his characters — to a new level.
Read Full Review >>
See All Reviews >>
SIMILAR BOOKS
Fiction

Goodnight Beautiful
Aimee Molloy
Rave
What did you think of Righteous?
© LitHub | Privacy