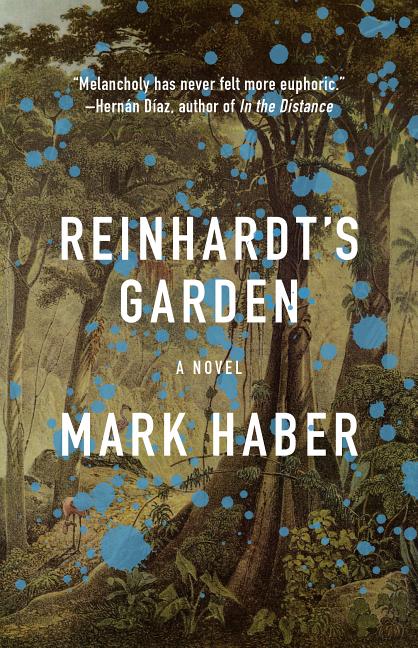 At the turn of the 20th century, as he composes a treatise on melancholy, Jacov Reinhardt sets off in search of his hero and unwitting mentor, Emiliano Gomez Carrasquilla, who is rumored to have disappeared into the South American jungle. From Croatia to Germany, Hungary to Russia, and finally to the Americas, Jacov and his companions grapple with the limits of art, colonialism, and escapism in this dark satire and skewed history.

What The Reviewers Say
Rave Carlos Fonseca,
BOMB
Like Werner Herzog’s Fitzcarraldo, Haber’s novel is a descent into the heart of darkness at the very core of modernity, achieved through a game of conceptual inversions that repeatedly suggest the works of the late Austrian writer Thomas Bernhard. As with Bernhard, this restless inquiry into the labyrinths of obsession is not devoid of hilarity. Haber’s corrosive sense of humor leaves nothing untouched, introducing a picaresque sequence of events that have marked Jacov’s investigation of melancholy ... Haber’s prose is capable of untangling that knot where the insanity of the world meets the rigor of reason, and is characterized by unflinchingly long sentences that hint to where enlightened progress coincides with its opposite ... The echoes of César Aira’s An Episode in the Life of a Landscape Painter, Juan José Saer’s The Witness, or even Antonio Di Benedetto’s Zama resound with such strength that at times we can imagine Haber to be a Latin American writer.
Read Full Review >>
Positive Lawrence Rungren,
Library Journal
Subverting the conventions of the late 19th-early 20th century novel of the obsessed European venturing into the jungle, Haber...has crafted a knowing (and perhaps at times too knowing) parody of the genre. Combine its brevity with its main character's mania and almost religious elevation of melancholy, and the book might best be described as Heart of Darkness viewed in a fun house mirror.
Read Full Review >>
Rave Publishers Weekly
Haber’s debut novel... is an exhilarating fever dream about the search for the secret of melancholy ... The true pleasure of Haber’s novel—a single paragraph—is how it swirls and doubles back on itself ... Haber’s dizzying vision dextrously leads readers right into the melancholic heart of darkness.
Read Full Review >>
See All Reviews >>
SIMILAR BOOKS
Coming Soon

A Trail of Crab Tracks
Patrice Nganang
Positive
What did you think of Reinhardt's Garden?
© LitHub | Privacy