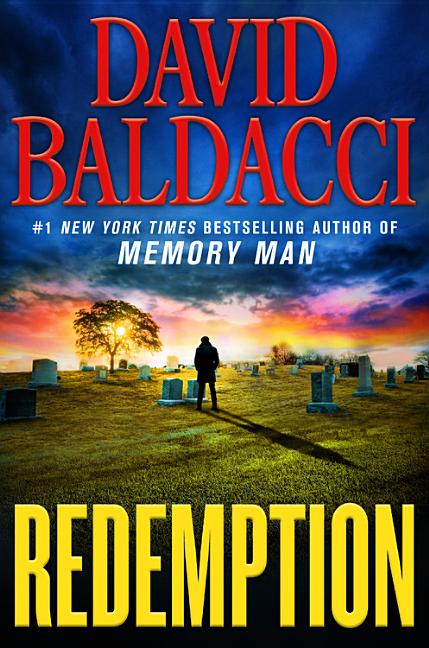 Amos Decker returns to his hometown of Burlington Ohio, where he is approached by Meryl Hawkins. Hawkins was the first man that Decker ever arrested for murder, and Hawkins still maintains his innocence. Could it be possible that Decker made a mistake all those years ago? As he starts digging into the old case, Decker finds a startling connection to a new crime that he may be able to prevent, if only he can put the pieces together quickly enough.

What The Reviewers Say
Mixed Michael J. McCann,
New York Journal of Books
In Redemption David Baldacci maintains that basic consistency with his series protagonist, which makes the Memory Man so attractive to fans. Decker is an interesting character worthy of further exploration. Unfortunately, the author’s control of other elements such as secondary characters and plotting is wildly uneven. At the end of the day, he’s far from being the kind of author one could say has consistent command of his material. Redemption is more Amos Decker for faithful fans who love their guy, but it’s a long, long way from being worthy of anything more than faint praise.
Read Full Review >>
Positive Jeff Ayers,
Dallas News
Baldacci turns up the suspense and surprises in Redemption without sacrificing character or story...the narrative carries a heavier emotional impact. This is another great novel from a master storyteller.
Read Full Review >>
Positive Ryan Steck,
The Real Book Spy
As always, Baldacci’s writing is smooth, and his commitment to fleshing out his cast of characters continues to pay off in this one. The story is solid, with a couple of strong twists, and while some readers might see the ending coming, Baldacci still provides a fun, entertaining journey getting there. David Baldacci keeps finding new ways to raise the stakes for Amos Decker, who continues to stand out in an overcrowded genre, and Redemption is one of his better books in the series so far.
Read Full Review >>
See All Reviews >>
SIMILAR BOOKS
Fiction

The Preserve
Ariel S Winter
Positive
What did you think of Redemption?
© LitHub | Privacy