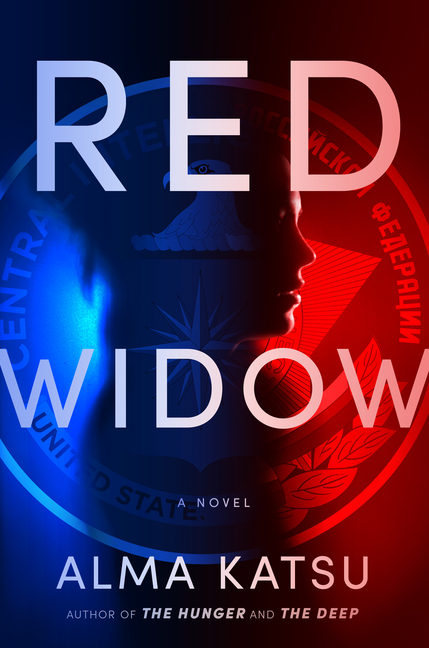 A spy thriller about two women CIA agents who become intertwined around a threat to the Russia Division — one that's coming from inside the agency.

What The Reviewers Say
Rave Elyse Discher,
Bookpage
Alma Katsu, known for her spooky historical novels, showcases her versatility in Red Widow, an espionage thriller ... Security Agency, and her insider perspective lends nuance and depth to the plot. Many spy thrillers depend on globe-trotting adventures, car chases or action sequences, but Red Widow zeroes in on the inner workings of the CIA and the FSB. Lyndsey never leaves Langley, which could have made the story feel airless and limited, but Katsu’s extensive knowledge of this world creates a deeply immersive experience instead ... Katsu’s real-life experience and skill at maintaining taut, nail-biting tension make Red Widow a standout espionage thriller.
Read Full Review >>
Rave Ray Palen,
Bookreporter
My surprise quickly turned to awe and respect when I learned of her background in the intelligence community, which included 35 years as an intelligence analyst for agencies like the FBI, NSA and global think tank RAND. Quite simply, she knows her stuff and already has proven that she can write an engaging thriller ... he reader’s head will be spinning, along with Lyndsey’s, as there is a web of deceit so well-spun that it may be impossible to untangle without herself falling victim to those who spun it. The plot never allows you to catch your breath as the wheels keep turning with every new piece of information uncovered, and nothing is as it appears to be.
Read Full Review >>
Positive Bob Duffy,
Washigton Independent
Alma Katsu, an accomplished spinner of creepy supernatural thrillers, sets aside the spectral torments of her earlier novels to give us a vivid spy story with a twist. The author has reason to know the realm of spies and tradecraft well: She spent 35 years as a senior intelligence analyst at the CIA and NSA, among other organizations ... Katsu succeeds brilliantly here in capturing the ambience of espionage in action. Red Widow is a driving, step-by-step procedural bristling with suspenseful authenticity ... Beyond these revealing jaunts into intra-agency culture, Red Widow abounds in vivid action scenes and riveting cloak-and-dagger moments. Some are violent, while others smolder with chilling menace, even when recalled in flashback. But they all serve as gripping backdrops to the central spine of the investigation undertaken by Katsu’s protagonist, who — in a refreshing departure from the standard spy-fiction model — is a woman ... This is a book crafted for marketplace success, awaiting a following it grandly deserves. It offers a thrilling spy hunt, an atmospheric recreation of CIA operations and culture, and a gentle shift into an upbeat tale anybody can get behind. And there are enough skillfully placed loose ends to promise a dandy sequel.
Read Full Review >>
See All Reviews >>
SIMILAR BOOKS
Fiction

The Lamplighters
Emma Stonex
Rave
What did you think of Red Widow?
© LitHub | Privacy