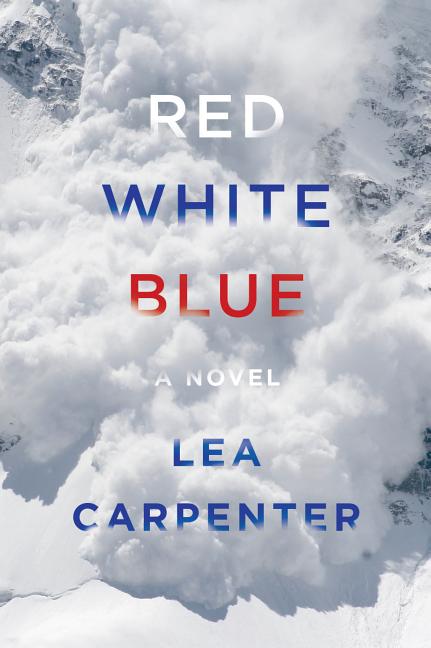 This story traces the intertwined fates of a CIA case officer and a young woman who is forced to confront her dead father's secret past.

What The Reviewers Say
Rave Michele Leber,
Booklist
...an appropriately subtle espionage tale, told in spare prose ... This novel is to literature what pointillism is to art, with dots that combine to make a whole picture, one that merges a moving love story with details of a profession that, by its nature, involves both loyalty and duplicity. A stunner.
Read Full Review >>
Positive Mick Herron,
The New York Times Book Review
Lea Carpenter’s Red, White, Blue is...less an unfolding story than a series of set pieces, using—rehearsing might be a better word—some of the tropes of the spy thriller. There’s nothing new about this: Many a self-consciously literary novelist has dipped a toe in the genre in order to examine themes of identity, betrayal, duplicity and so on. Few, though, have skated quite so lightly over the surface of the world they’re borrowing ... What the threads have in common is a kind of dreamlike, affectless prose that effectively nulls characterization ... And the individual sections are, if anything, overcrafted, each straining for its own little epiphany ... Narrative scaffolding, indeed, is conspicuous by its absence throughout, and while we’re told at one point that 'the order in which we receive facts matters,' this isn’t borne out by the text, many of whose sections could be rearranged without fracturing the story. And yet, it weaves a spell. Though mannered and elliptical throughout, it’s more readable than those qualities usually herald, and in the end there’s something hypnotic about its stately, confessional prose. I’d hesitate to classify it as a spy novel, because it pretty clearly doesn’t want to get grubby. No: It’s a novel in which some of the characters are identified as spies. But in its contemplation of different kinds of lost innocence, it’s also pondering the fall.
Read Full Review >>
Positive Bethanne Patrick,
NPR
A book combining literary sensibility with genre readability ... when I cracked open Lea Carpenter's Red, White, Blue a few weeks ago, I was thrilled ... you'll have to slow down a little, at least at first, to take in Carpenter's modus operandi ... many of the book's brief, taut chapters are narrated by [Anna's father] as he attempts to glean information from Anna without alerting her to the fact that there's a serious exfiltration in place ... While that is a seriously good setup, I found myself much more captivated by the nameless narrator's descriptions of CIA life ... What doesn't work as well as the espionage talk is the character development ... However, that may be deliberate. Carpenter is concerned with truth — and not in a simple way ... Some novels are elegant in theory, but bloody in practice, too — Red, White, Blue tries something new in mashing together high concepts and low blows.
Read Full Review >>
See All Reviews >>
SIMILAR BOOKS
Fiction

The Every
Dave Eggers
Mixed
What did you think of Red, White, Blue?
© LitHub | Privacy