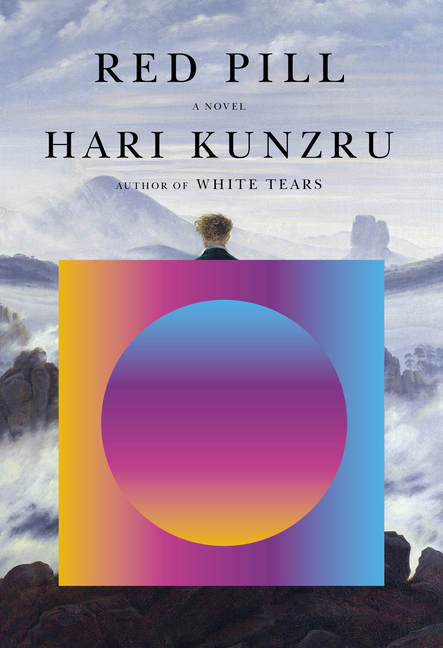 From the author of White Tears, a novel about a Brooklyn writer on retreat in Germany who is unwittingly drawn into the world of alt-right ideologues.

What The Reviewers Say
Rave Edward Docx,
The Guardian (UK)
In the opening pages, I found Kunzru’s narrator’s tone too often to be one of shiftless complaint ... Kunzru deploys a knowing lugubriousness to offset the privilege, but even the undeniably deft prophylactics of self-awareness cannot quite distract from a sense of wallow. Bit by bit though, I was enlisted. For one thing, Kunzru’s intelligence is an irresistible pleasure ... The second section...is thoroughly absorbing—if, on first read, a little perpendicular to the whole ... By the third section— 'Apocalpyse'—I was loving it ... Kunzru’s rigorous, inventive and precise turns of phrase are now deployed not to carp but to whet ... By the end, Red Pill had become the most thought-provoking novel I had read in ages, not because I had not read these existential conclusions before—what other conclusions are there?—but because Kunzru’s own iteration was so well earned. From German Romanticism to Trump via the Stasi and the Nazis … a line newly drawn; this is a timely, interesting and resonantly intelligent novel.
Read Full Review >>
Rave Jonathan Derbyshire,
Financial Times (UK)
At first, Red Pill resembles the kind of intellectual comedy of manners that has become familiar in contemporary American fiction in recent years...For some writers, the gently comic potential of this set-up would be enough. But Kunzru is too ambitious to be satisfied by academic farce ... What [Hannah] Arendt actually said was: 'everything that lives . . . emerges from darkness and, however strong its natural tendency to thrust itself into the light, it nevertheless needs the security of darkness to grow at all.' This deeply intelligent and artfully constructed novel reminds us that this is true of human relationships and societies alike.
Read Full Review >>
Positive Randall Colburn,
The A.V. Club
Kunzru is wise to keep the narrative both rooted in the real world and mostly divorced from the current moment more specifically. By doing so, he’s able to isolate the behaviors inherent to the online culture wars—the baiting, the debating, the veils of humor—and view them through a historical lens ... But Kunzru’s story isn’t strictly a critique. Anybody who’s struggled with shitposting’s influence on modern discourse, the layered irony and perpetual smirk, will identify with the narrator ... He worries he’s the butt of a joke he doesn’t understand. He obsesses over what he claims to hate. He wants life to be like a poem, despite all evidence to the contrary. Kunzru finds the humor and humanity in it all, but even as the story spirals into well-earned hysteria, he never downplays the severity of the mental derangement unfolding on both sides of the aisle in a post-truth era, nor the ways each can intersect in the realm of conspiracy.
Read Full Review >>
See All Reviews >>
SIMILAR BOOKS
Coming Soon