Red Dress in Black and White 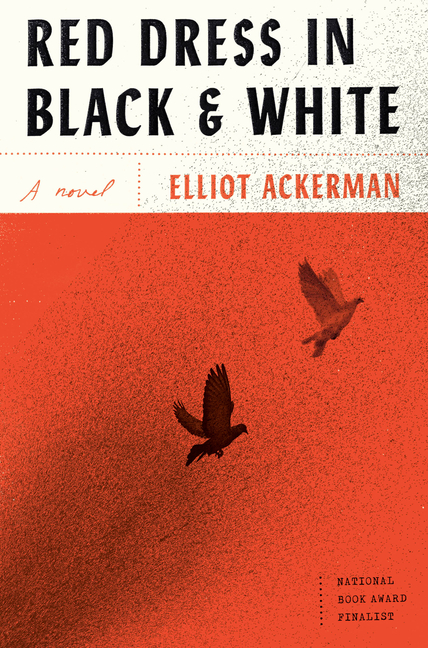 A novel that unfolds over the course of a single day in Istanbul: the story of an American woman attempting to leave behind her life in Turkey, and her husband.

What The Reviewers Say
Rave Porter Shreve,
The Washington Post
... shrewd, intricately plotted...its point of view moving deftly from one to the next every few pages ... With all the intersecting perspectives, past-action leaps, socio- and geopolitical intrigue, and the need to contextualize modern Istanbul, the novel can feel a bit labyrinthine. But...there’s something of Graham Greene, too, in the insights and authority on foreign affairs, the combination of moral complexity with entertainment. Ackerman is the rare American novelist who goes to the world’s flash points and achieves what Peter considers the point of art: 'emotional transference,' the ability of the artist to transmit his understanding and feelings to a stranger.
Read Full Review >>
Rave Jennifer Bort Yacovissi,
Washington Independent Review of Books
Ackerman...is a master of painfully intimate portraits of despair, and his words have the authority, and often the weariness, of lived experience ... Ackerman weaves his tale together gradually, layering in the revealing details, tightening the screws to press against the fragility of each character’s tenuous circumstance. One of those characters turns out to be the city itself. Ackerman has lived in Istanbul, and his intimate knowledge shines through, making that schizophrenic city—with one foot in Europe, the other in Asia—one of the most compelling portraits the author paints, a character that draws the reader in.
Read Full Review >>
Positive Joan Silber,
The New York Times Book Review
... a territory of intrigue and tricks, entirely absorbing ... Ackerman’s rich knowledge of Turkey, where he was based as a journalist for a number of years, is evident on every page. The book’s stunning scenes of the protests in Gezi Park, where the police used tear gas, water cannons and rubber bullets on demonstrators, are superbly written and give the book its title ... Turkey, for all its violent complexities and hostile factions, is not a country at war, and readers may find less at stake in this novel than in Ackerman’s prior fiction. All its characters, despite their vividness and their claims on our sympathy, are carried by a mighty undertow of self-interest. What lasts is the book’s emphasis on hidden machinations of power ... This reminder of unseen forces feels like the book’s underlying ambition and provides the resonance, the heightening of thought, that ends the book — a musing on America’s overseas intrusions, on the trove of details deemed essential to keeping things in line, and on how such powers might seep into even the most intimate of relations.
Read Full Review >>
See All Reviews >>
SIMILAR BOOKS
Fiction

Better Luck Next Time
Julia Claiborne Johnson
Rave
What did you think of Red Dress in Black and White?
© LitHub | Privacy