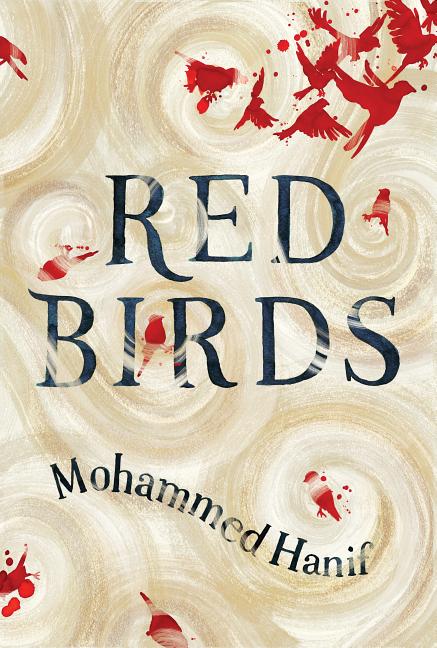 An American pilot crash lands in the desert and finds himself on the outskirts of the very camp he was supposed to bomb. After days spent wandering and hallucinating from dehydration, Major Ellie is rescued by one of the camp's residents, a teenager named Momo. His older brother, Ali, left for his first day of work at an American base and never returned. Amidst the madness, Momo sets out to search for his brother Ali, hoping his new Western acquaintances might be able to help find him. But as the truth of Ali’s whereabouts begin to unfold, the effects of American "aid” on this war-torn country are revealed to be increasingly pernicious.

What The Reviewers Say
Rave Dina Nayeri,
The Guardian
...the closest relative to Heller’s classic satire of the second world war ... Hanif’s observations of the camp are precise and hair-raising, and one forgives the accidental Britishisms that pepper Major Ellie’s speech ... Hanif is at his most entertaining when he is deep in the farce, and some characters are no more than that ... The true brutalities of war are shown in quick, moving strokes ... Red Birds is full of dark comedy and witty eviscerations of war and the singular way it draws out human ugliness. However, satire relies on a veneer of sincerity: the reader alone observes absurdities that the characters believe in and live by ... Hanif is dexterous and ambitious with the literary tools of both east and west ... Red Birds is an incisive, unsparing critique of war and of America’s role in the destruction of the Middle East. It combines modern and ancient farcical traditions in thrilling ways.
Read Full Review >>
Pan Karan Mahajan,
The New York Times Book Review
... a cautionary tale of how a novelistic intelligence can sputter out in the grip of a many-tentacled conflict ... The trouble is that Hanif wants to have it both ways: to be an earnest elegist as well as a fiery caricaturist. Ultimately he succeeds at neither. The novel’s emotional world is as flat and parched as the desert in which Ellie crashes; the monologues inefficiently repeat information and action. Mostly, this is a failure of language and tone: Hanif never convincingly distinguishes his characters’ voices ... I was disappointed to see Hanif reaching for the easiest jokes ... He has found, in this novel, an ingenious way to bring an American and his so-called enemies face to face. But having effected this confrontation in the desert, he loses his nerve. Red Birds becomes another casualty of the forever wars.
Read Full Review >>
Positive Jonathan McAloon,
The Irish Times
Hanif knows about the absurdity of war in a way that a civilian never could ... The wit generally comes in sharp riffs ... There are also the more overt, hyperbolic markers of satire and the comic novel form ... These achieve the laughs and winces they are played for, but can distract from moments of realist pathos when they come. They also compete with the more considered, otherworldly metamorphosis that the book undergoes towards its end ... Hanif’s riffs acquire weight even as they keep their catchiness.
Read Full Review >>
See All Reviews >>
SIMILAR BOOKS
Poetry

The Every
Dave Eggers
Mixed
What did you think of Red Birds?
© LitHub | Privacy