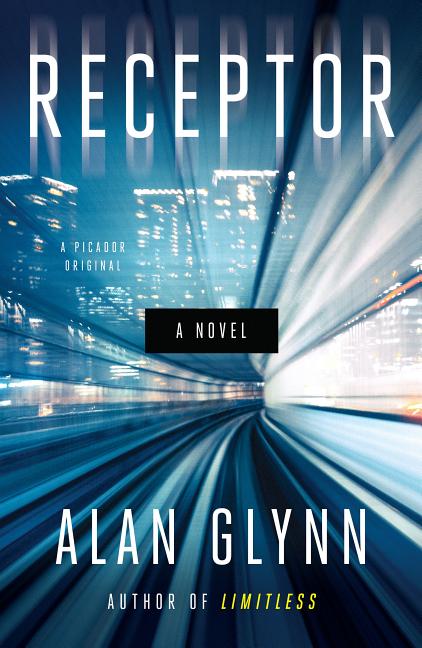 More than 60 years after a man dies under suspicious circumstances, his grandson tries to uncover the truth about his life and death.

What The Reviewers Say
Positive Noah Fram,
BookPage
Receptor’s sole failing is that its plot can move a touch too quickly, rushing through relationships and romances in ways that limit their credibility. But Glynn’s dramatic instinct is maintained throughout ... Glynn unfailing obeys the rule of showing rather than telling, and does so with memorable elegance. Perhaps his chief accomplishment in Receptor is his ability to shift the language of his dialogue ... All told, for anybody who... wants a fast-paced thriller that still has time to question the morality of medical enhancement, Receptor would make an excellent choice.
Read Full Review >>
Positive Kirkus
Though Ned’s narrative can get a bit silly—he has a tendency to bump into 1950s celebrities while chemically boosted on MDT-48—the novel is mostly just fun. A light, entertaining sequel that expands on the original’s promising premise.
Read Full Review >>
Mixed Publishers Weekly
Readers who enjoyed Edgar finalist Glynn’s Limitless (originally published as The Dark Fields) will welcome this intriguing sequel ... Despite a predictable ending, most readers will be satisfied.
Read Full Review >>
See All Reviews >>
SIMILAR BOOKS
Fiction

The Devil Takes You Home
Gabino Iglesias
Positive
What did you think of Receptor?
© LitHub | Privacy