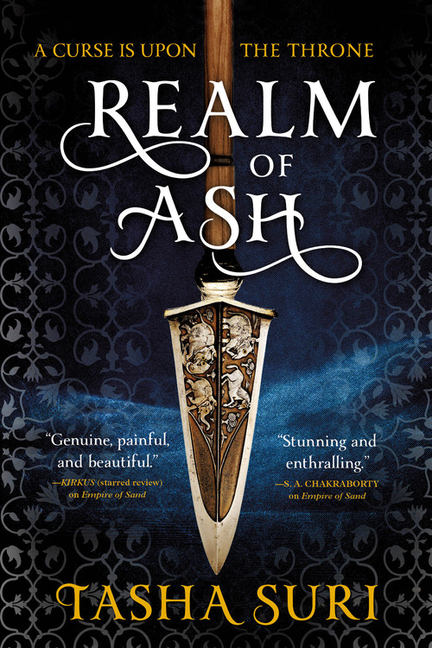 The fate of an empire rests in the hands of a young woman with magical blood and nothing left to lose, and an outcast prince determined to save his family at any cost. Set in the Mughal India-inspired world of Empire of Sand.

What The Reviewers Say
Rave Liz Bourke,
Tor.com
Suri demonstrates not only talent, but consistency. This second novel is even more accomplished than the first ... a very satisfying conclusion ... isn’t packed with action or physical violence, though it includes both. It’s primarily concerned with the personal and the political (and the ways in which those things are the same), with interiority and self-discovery, and the slow growth of sympathy and affection between Arwa and Zahir. It’s a fantasy novel about the colonisation of the mind and the destruction of one’s culture, about the ways that imperial powers impose their own narratives and cut subject peoples off from their own histories and their own languages, and about the way in which assimilation is both a kind of safety (a new form of belonging and access to power) and a generational grief that never quite goes away ... a compelling novel. Gorgeously written, deftly characterised, and packing a powerful impact into its 450-odd pages, it’s one of the most viscerally satisfying books I’ve read this year. I recommend it.
Read Full Review >>
Rave Lucy Lockley,
Booklist
... a poignant story of finding one’s place in a world warped by prejudice, court intrigue, violence, and sorcery ... Those with a penchant for lyrical prose, intricate world building, beautifully imagined characters, compelling immersive folklore, and a fascinating look into a setting reminiscent of the Mughal Empire need look no further.
Read Full Review >>
Rave Kristi Chadwick,
Library Journal
Suri’s companion to Empire of Sand continues to expand on the stark beauty and power of this magical realm. With striking characters and court intrigue, this story is dark, melodious, and memorable.
Read Full Review >>
See All Reviews >>
SIMILAR BOOKS
Fantasy

Piranesi
Susanna Clarke
Rave
What did you think of Realm of Ash?
© LitHub | Privacy