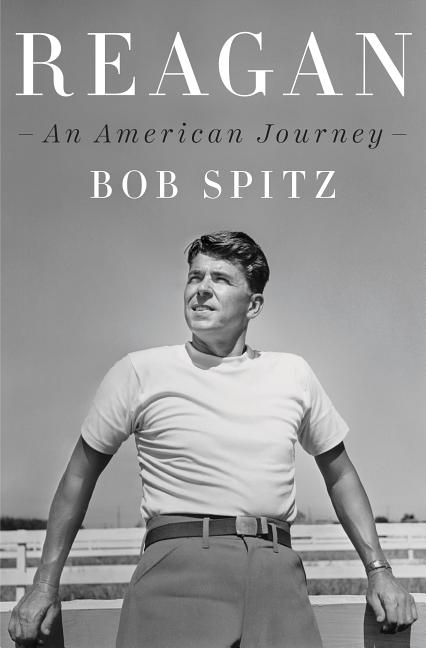 A young man is born into poverty and raised in a series of flyspeck towns in the Midwest by a pious mother and an alcoholic, largely absent father. From there, the path is only very dimly lit, but it leads him, thanks to his great charm and greater luck, to a career as a radio sportscaster, and then, a, fatefully, to Hollywood. And the rest, as they say, is history.

What The Reviewers Say
Positive Danny Heitman,
The Christian Science Monitor
Bob Spitz’s new biography, is that Spitz manages to evoke Reagan’s heyday in the 1980s with compelling clarity ... a balanced and copiously researched chronicle of its subject ... Spitz does a good job of capturing how groundbreaking that evolution was. Though he doesn’t draw a parallel with the current occupant of the White House, the significance of Reagan’s precedent seems clear, making it easier for reality TV star Donald Trump to make the transition to the campaign trail.
Read Full Review >>
Positive Susan Page,
USA Today
3.5/4 stars ... There are a some sloppy mistakes and misjudgments in the book ... That said, the account of Nancy Reagan’s relentless campaign to oust Regan is deliciously detailed ... Reagan: An American Journey is honest about the president's shortcomings.
Read Full Review >>
Mixed Richard Brookhiser,
The Wall Street Journal
Mr. Spitz’s prose is business casual: no tie, collar unbuttoned, blazer, loafers. It keeps his many pages turning, and it knits his many venues—small towns, sound stages, summit meetings—smoothly together...What Reagan: An American Journey sometimes misses is a sense of urgency, beyond the immediate concerns of its hero and his circle...a handsome, handy introduction to the 20th century’s last hero.
Read Full Review >>
See All Reviews >>
SIMILAR BOOKS
Biography

Enoch Powell: Politics and Ideas in Modern Brita…
Paul Corthorn
Positive
What did you think of Reagan: An American Journey?
© LitHub | Privacy