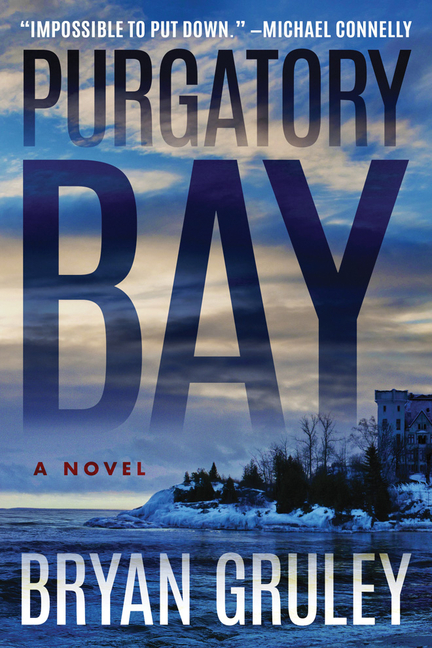 Twelve years after her mob-connected family was brutally murdered, Jubilee Rathman lives in a virtual fortress on Purgatory Bay near Bleak Harbor, plotting revenge on the people she considers responsible.

What The Reviewers Say
Rave John Valeri,
Criminal Element
The narrative unravels through multiple viewpoints that encompass both central and periphery figures. This is an effective tool for rich character development and the escalation of tensions, as even bit players are given their due before meeting their (potential) demise. The author excels at inhabiting the gray areas that exist between good and bad, right and wrong; consequently, ethical and moral dilemmas abound, the complexities of which underscore political power in and around the aptly named Purgatory Bay ... an eerie, evocative thriller that succeeds as both a standalone and a continuation story. Gruley combines the instincts of a journalist with the intuition of a novelist, skillfully contrasting the timeliness of technological advancements with the time-tested provocations for murder and martyrdom. This one is hard to put down—and even harder to forget.
Read Full Review >>
Mixed Lloyd Sachs,
Chicago Tribune
Even by Gruley’s irrepressible standards, Purgatory Bay is pretty loopy—a monster movie dressed up as crime fiction ... Purgatory Bay is more calculating than emotionally driven. The plot design tends to outrace and in some cases shortchange the characters. But any thriller in which the villain is motivated by the writings of Flannery O’Connor is not to be dismissed. And Purgatory Bay plugs neatly into the history of bureaucratic corruption, land schemes, dysfunctional families and grudge matches Gruley has sketched out in previous efforts. The new novel beckons readers to come on in, even if the water’s not so fine.
Read Full Review >>
Positive Wes Lukowsky,
Booklist
Gruley has crafted a dark, complex novel with an equally complex and often empathetic villain. Perfect reading for cold, gray days.
Read Full Review >>
See All Reviews >>
SIMILAR BOOKS
Fiction