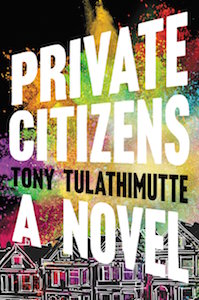 A biting satire that tracks a group of recent Stanford grads anxiously navigating post-college life in mid-2000s San Francisco.
Positive
Based on 8 reviews

What The Reviewers Say
Positive Manuel Gonzales,
The New York Times Book Review
The setup is practically foolproof, but that shouldn’t discount Tulathimutte’s talent for comedy. A funny situation doesn’t always lead to funny writing, and Tulathimutte frequently proves his ability to nurse laughs even from dire, awkward, uncomfortable situations, not just from explicitly amusing ones ... At times, Tulathimutte overextends the joke: One character claims not to have an email address, which seems far-fetched for this generation. And he can take too much pleasure in ridiculing millennials, Internet trolls and even people sincere in their efforts at self-improvement. Then again, it’s a comedy — and one that is, in all respects, emotionally engaging and more than satisfying.
Read Full Review >>
Positive Maddie Crum,
The Huffington Post
The unpacking of socially accepted logical fallacies might not sound like the stuff of an engaging novel, but, somehow, it is. Tulathimutte punctuates these long-winded critiques, sometimes stuffed uncomfortably into the mouths of his characters, with absurd humor and hilariously uncomfortable descriptions of sex.
Read Full Review >>
Positive Carmela Ciuraru,
The New York Times
This material is the stuff of easy satire, but Mr. Tulathimutte is keen to probe the underlying anxieties and insecurities of his characters, making them more empathetic and appealing than they might have been.
Read Full Review >>
See All Reviews >>
SIMILAR BOOKS
Fantasy

Win Me Something
Kyle Lucia Wu
Rave
What did you think of Private Citizens?
© LitHub | Privacy