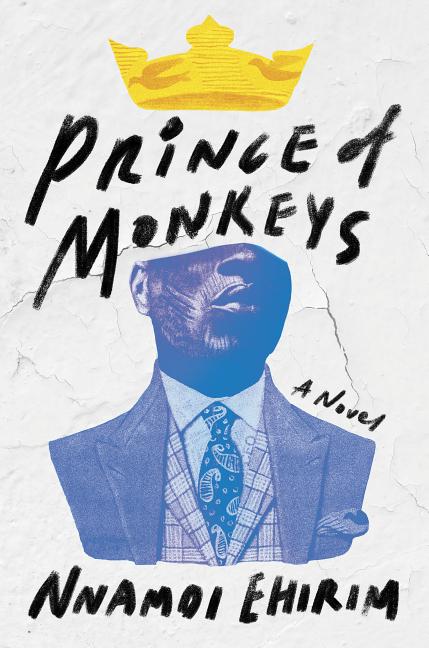 Nigerian writer Ehirim's debut novel follows a teenager's quest for self-definition in a country in search of itself.

What The Reviewers Say
Positive Tre Johnson,
The New York Times
Prince of Monkeys speaks in constant hyperbolic language; the kind where characters use adages like, 'Every problem has its own man of God ascribed to it,' and chapters close with phrases such as, 'Always pay attention to the secrets in colors that are too terrible to be spoken aloud.' And how could they not? Taking place in Nigeria during the 1980s and ’90s, Nnamdi Ehirim’s first novel shows us a Nigeria that exists in both fantastic and tragic terms ... Prince of Monkeysis rife with character soliloquies that relay some of the central issues of Nigerian life, then and now. Given the exhausting struggle to get by amid what feels like an uninterrupted cycle of bombings, riots and corruption, you can’t blame these characters for relentlessly remaking themselves.
Read Full Review >>
Positive Kirkus
...[an] audacious debut novel ... Told in beautifully evocative prose, a panoramic novel showing that the price of growing beyond one’s origins might be steeper than anticipated.
Read Full Review >>
Positive PW
...[a] dense and incisive debut ... Ehirim writes with a heavy hand, using stilted metaphors and catchphrase parables that sometimes detract from the narrative flow. Still, the novel is a vivid, astute portrait of Nigeria—and its people—in the throes of upheaval.
Read Full Review >>
See All Reviews >>
SIMILAR BOOKS
Fiction

The Ikessar Falcon
K. S. Villoso
Positive
What did you think of Prince of Monkeys?
© LitHub | Privacy