Pretty as a Picture 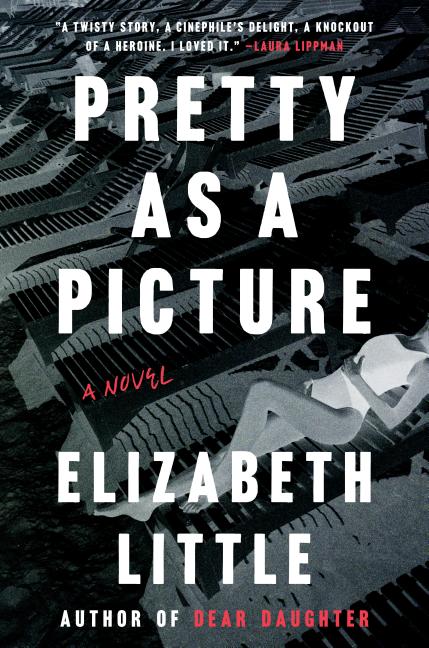 An egomaniacal movie director, an isolated island, and a decades-old murder all come together in a new novel from the bestselling author of Dear Daughter.

What The Reviewers Say
Rave OLINE H. COGDILL,
The Associated Press
... an exciting locked-room mystery that touches on domineering personalities, art and the #MeToo movement, helmed by an unconventional heroine ... Little’s cinematic eye and affinity for strong plotting guide the fascinating Pretty as a Picture as the author smoothly goes behind the scenes of moviemaking while delving into characters’ psyches ... Little effectively intersperses her narrative with snippets from the true-crime podcast Dead Ringer, which examines what happened on the island ... seals [Little} as an author to watch.
Read Full Review >>
Rave John Valeri,
Criminal Element
Most of the story is told through Marissa’s first-person narration, which showcases her unique, and uniquely compelling, voice while also exposing her inner feelings of isolation despite being surrounded by a veritable throng of Hollywood heavy hitters and freeloaders alike. Shorter segments in the form of podcast transcription are interspersed throughout; these bits offer color commentary from secondary characters (and Marissa herself) while allowing Little to poke fun at tropes of true crime, where—much like the entertainment industry at large—everything is expected to be the same… but different. It’s a fitting format, given the toxicity of Tinseltown, where attractive appearances often belie darker realities ... Like the best of cinema, Pretty as a Picture seduces with its surface charms only to ultimately sustain you with the depth of its subtext ... Told with biting humor, keen intellect, and detailed precision, this is both a meta mystery and sharp satire that solidifies Elizabeth Little’s place among the genre’s most compelling and original talents. It’s been a long wait, but some things are worth it—and this is one of them.
Read Full Review >>
Positive Sarah Lyall,
The New York Times Book Review
Marissa is also prickly, hyperarticulate, suspicious, neurotic, surprisingly tough and very funny — the ideal narrator for a book that pays homage to Hollywood and classic detective fiction ... The book celebrates women who have each other’s backs and put their friends ahead of their men. It is also a valentine to the intoxications of filmmaking and film-viewing. Marissa speaks with real love about corralling disparate scenes into a graceful and coherent narrative.
Read Full Review >>
See All Reviews >>
SIMILAR BOOKS
Fiction

The Maid
Nita Prose
Positive
What did you think of Pretty as a Picture?
© LitHub | Privacy