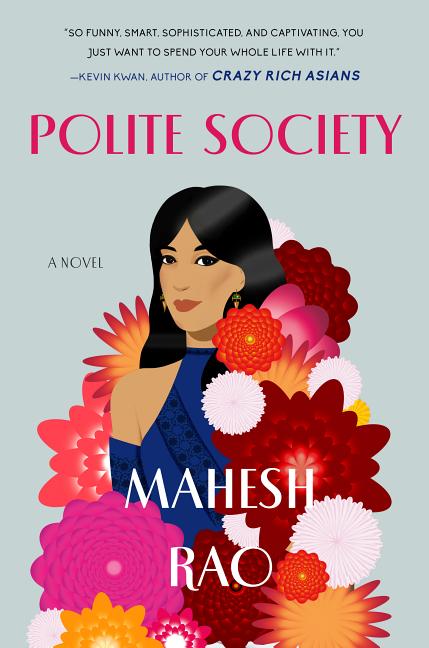 In this modern reimagining of Jane Austen's Emma, beautiful, clever, and more than a little bored, Ania Khurana has Delhi wrapped around her finger. Having successfully found love for her spinster aunt, she sets her sights on Dimple: her newest, sweetest, and most helpless friend.

What The Reviewers Say
Positive China Gujarathi,
BookPage
Mahesh Rao’s Polite Society adds something fresh, funny and insightful to the age-old chatter about this fascinating country by detailing the world of the uber-rich who call it home ... Hilarious, scandalous and fascinating, Polite Society adds an interesting, modern layer to a complex culture.
Read Full Review >>
Positive Keshava Guha,
The Hindu
As an adaptation of Emma, Polite Society is faithful to the core of the original plot, but not at the expense of its own narrative requirements. Rao never strains for fidelity ... readers familiar with the original will find themselves nodding along with pleasurable recognition. Not that any of this feels stale or predictable: Rao is an exceptionally assured storyteller ... Rao’s method could not be less Austenian. While Austen typically grants psychological depth only to her protagonist, Rao changes perspective freely, with minor characters portrayed just as sympathetically as Ania is. And where the core of her narrative art is individual psychology, and the construction of reality through an individual filter, his style is coolly omniscient, and chiefly interested in the external. Austen’s fiction is notable for its relative lack of sensory detail: Polite Societyis full of vivid, specific images, sounds and smells, given to us by the omniscient narrator. Rao only fleetingly inhabits the individual characters’ minds; as for free indirect style, he abjures it altogether ... There is no broad comedy at the expense of individual characters in Polite Society. This is not, then, a straight adaptation of Emma. Nor is it a conventional account of elite Delhi society.
Read Full Review >>
Positive Susan Maguire,
Booklist
Rao’s Indian update of Emma owes more to Kevin Kwan’s Crazy Rich Asians...than to other 2019 Southeast-Asian Jane Austen adaptations ... Story lines swirl around Ania...all set amid the dizzying gossip and clashes among the uber-rich in modern India. Ania’s intentions aren’t always pure, no matter what she thinks, and Rao strikes the right balance between likable and self-deceiving. Though keeping precise track of all of the threads may be difficult, the pace and breezy style, along with sometimes broad but always entertaining characters, will keep readers enchanted.
Read Full Review >>
See All Reviews >>
SIMILAR BOOKS
Fiction

The House of Fortune
Jessie Burton
Mixed
What did you think of Polite Society?
© LitHub | Privacy