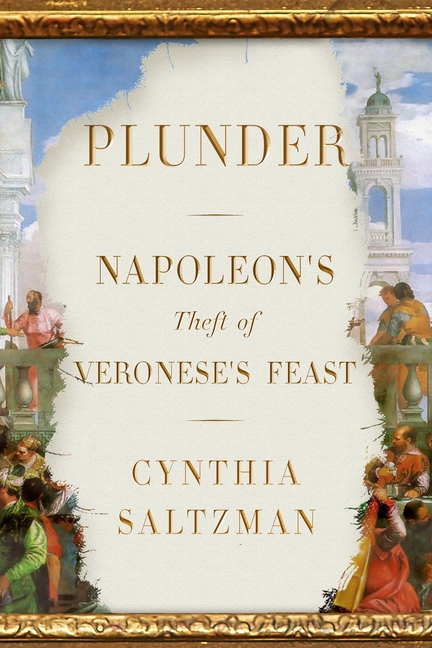 Cynthia Saltzman's Plunder recounts the fate of Paolo Veronese's Wedding Feast at Cana, a vast, sublime canvas that the French, under the command of the young Napoleon Bonaparte, tore from a wall of the monastery of San Giorgio Maggiore, on an island in Venice, in 1797. Painted in 1563 during the Renaissance, the picture was immediately hailed as a masterpiece. Veronese had filled the scene with some 130 figures, lavishing color on the canvas to build the illusion that the viewers' space opened onto a biblical banquet taking place on a terrace in sixteenth-century Venice. Once pulled from the wall, the Venetian canvas crossed the Mediterranean rolled on a cylinder; soon after, artworks commandeered from Venice and Rome were triumphantly brought into Paris. In 1801, the Veronese went on exhibition at the Louvre, the new public art museum founded during the Revolution in the former palace of the French kings. As Saltzman tells the larger story of Napoleon's looting of Italian art and its role in the creation of the Louvre, she reveals the contradictions of his character: his thirst for greatness--to carry forward the finest aspects of civilization--and his ruthlessness in getting whatever he sought. After Napoleon's 1815 defeat at Waterloo, the Duke of Wellington and the Allies forced the French to return many of the Louvre's plundered paintings and sculptures. Nevertheless, The Wedding Feast at Cana remains in Paris to this day, hanging directly across from the Mona Lisa.

What The Reviewers Say
Rave Roger Lowenstein,
The Wall Street Journal
In the midst of his Italian campaign, Napoleon Bonaparte stole a painting from a monastery in Venice. Cynthia Saltzman has turned this forgotten episode into a highly original work of history . . . She depicts [Napoleon], with masterly economy, as a brilliant tactician riddled with personal conceits and vanity. The author deftly shifts between Napoleon’s military conquests and his wholesale art thefts . . . Saltzman seems equally conversant with 18th-century art criticism and the period’s politics . . . Plunder is supported by prodigious research . . . [Saltzman] has written a distinctive study that transcends both art and history and forces us to explore the connections between the two.
Read Full Review >>
Rave Terry W. Hartle,
The Christian Science Monitor
This is a gripping tale and Saltzman tells it well. Moving seamlessly between the broader narrative of Napoleon’s rise and fall, and the fate of one sublime painting, she tells a story that will captivate any reader with an interest in art history. The book is expertly and exhaustively researched, and it reads like a thriller.
Read Full Review >>
Rave Paul Lay,
The Times (UK)
A compelling account of the fragility of beauty before avarice . . . It is heartbreaking to read Saltzman’s description of the way in which Veronese’s vast masterpiece, under the well-meaning supervision of Pietro Edwards, the republic’s chief restorer, was ripped from the wall of the refectory, with holes left where nails had been painted over by the hand of the artist, with its body divided, rolled up and packaged for the perilous and damp voyage to Paris . . . Saltzman’s thrilling blend of historical narrative and art criticism is fitting testimony to its enduring greatness.
Read Full Review >>
See All Reviews >>
SIMILAR BOOKS
Art 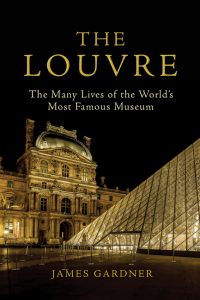 The Louvre: The Many Lives of the World's Most F…
James Gardner
Positive
Art

In Montparnasse: The Emergence of Surrealism in …
Sue Roe
Positive
What did you think of Plunder: Napoleon's Theft of Veronese's Feast?
© LitHub | Privacy