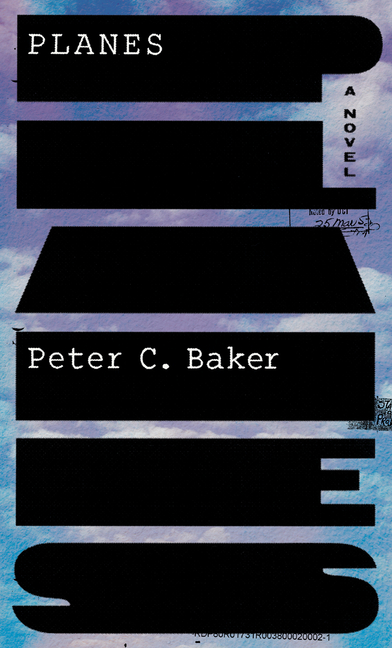 For years, Amira, a recent convert to Islam living in Rome, has gone to work, said her prayers, and struggled to piece together her husband's redacted letters from the CIA black site where he is being detained. Meanwhile, Mel, who thinks of herself as a lapsed activist, is trying to get the suburban conservatives of her small North Carolina town to support her school board initiatives, and struggling to fill her empty nest. As these narratives unfurl thousands of miles apart, they begin to resonate like the two sides of a tuning fork.

What The Reviewers Say
Positive Claire Messud,
Harper\'s
Baker, in his deft and engaging debut novel, takes as his premise an unwritable thing, and rather like Houdini, wriggles impressively out of the trap he has set himself. Planes, set in 2004, unfolds in two distinct and carefully rendered settings ... This might easily devolve into a straightforward, issue-based story—we can all imagine the film we might watch on a plane. And to an extent, this is indeed the novel you expect it to be. But Baker, as if tiptoeing through a minefield, manages to circumvent cliché. He knows his characters well, and his interest lies not in manipulating them, but in following their reactions to the circumstances in which they find themselves ... Baker’s prose is clean and vivid, his characters movingly and effectively evoked. His decision to avoid tackling torture directly, and to navigate instead the everyday lives of those peripherally affected, feels, in this moment, both quaint and ultimately wise. Accustomed to seeing explosive footage, we often pay less attention to the quieter internal damage that ensues. Following the repercussions of extraordinary rendition for a young wife in Rome and a middle-aged mother in North Carolina illuminates urgent questions in unexpected ways. As the aphorist and poet Novalis wrote, 'Novels arise out of the shortcomings of history.' Baker understands that these are the stories that don’t appear in history books, the uncertain, complex, ordinary lives that must find a way to continue in spite of crisis.
Read Full Review >>
Positive Kevin Canfield,
The Star Tribune
... understated ... It's not initially obvious why these women are in the same book, an unhurried tale that features some small, satisfying twists. That's by design. Baker has structured these narratives as independent entities. Though each could be a satisfying novel of its own, they overlap and fruitfully complement one another ... Baker opts for a restrained narrative voice. His sentences don't include inessential words or draw attention to themselves; nor are they particularly quotable. But his prose is an apt delivery system for a subtle portrait of two women who've been robbed of things they might never recover.
Read Full Review >>
Positive Alexander Moran,
Booklist
... beautifully written ... In a tale that unfurls like a thriller across these two narratives, Baker is subtly indignant about the entire neoconservative project. This assured debut is a timely reminder of the traumas caused by many post-9/11 policies.
Read Full Review >>
See All Reviews >>
SIMILAR BOOKS
Fiction

The Angel of Rome: And Other Stories
Jess Walter
Positive
What did you think of Planes?
© LitHub | Privacy