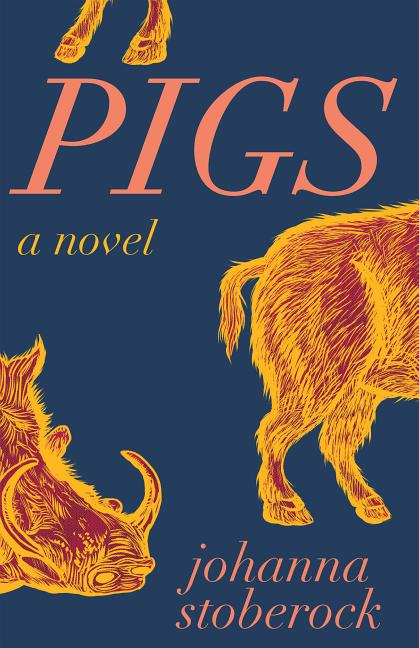 Four children live on an island that serves as the repository for all the world’s garbage. Trash arrives, the children sort it, and then they feed it to a herd of insatiable pigs: a perfect system. But when a barrel washes ashore with a boy inside, the children must decide whether he is more of the world’s detritus, meant to be fed to the pigs, or whether he is one of them.

What The Reviewers Say
Rave Alexander Moran,
Booklist
... extraordinarily imaginative ... This is an allegorical text that brings to mind Kafka’s darker stories or Cormac McCarthy’s The Road (2006), not only for some shocking violence and some beautiful prose, but, also like Kafka and McCarthy’s fiction, because the intended allegory is opaque, so the novel can be read in several ways, as about the climate crisis, generational debt, immigration, and much more. But perhaps most remarkable is that as well as building a rich, fable-like world, Stoberock simultaneously weaves an engrossing and breathless narrative about the human capacity for both destruction and survival.
Read Full Review >>
Positive Mari Carlson,
Foreword Reviews
... reads like a parable or a Greek tragedy ... Pithy, earthy language conveys complex truths. Amid grunting pigs, slimy refuse, and few belongings, the kids develop into thoughtful characters, eliciting compassion and respect. In contrast, the adults act like kids, abandoning responsibility. Undeveloped, they serve as warnings ... The focus toward the end of the book narrows, and the tone becomes more self-reflective as the action gains gruesome intensity. The end is an effective rupture of the way things were. Devastating and hopeful, the book champions reform from the inside out ... Against a backdrop of environmental crisis, Pigs is a modern fable, though less a tirade about climate disaster than a coming-of-age story for adults.
Read Full Review >>
Positive Cory Austin Knudson,
Full Stop
I will not call it a dystopian novel because that’s not really what it is—the desert island on which the entirety of Pigs takes place is utopia’s jetsam, its twisted underside, not its opposite ... Pigs might be more productively read...as an allegorical system bringing to the surface contradictions latent in the seemingly smooth fabric of the Real for which it serves as a fitful transliteration. Considering any of the novel’s eerily oneiric scenes or characters entails diving much deeper than the storybook language would at first lead you to believe ... The island unites contrarieties and invites the reader to tease out their constellations, to map the slight modifications and shades of degrees that separate innocence from terror, treasure from trash, and the best of all possible worlds from whatever horror is necessary to keep its gears turning.
Read Full Review >>
See All Reviews >>
SIMILAR BOOKS
Coming Soon

The Rib King
Ladee Hubbard
Rave
What did you think of Pigs?
© LitHub | Privacy