Picnic in the Ruins 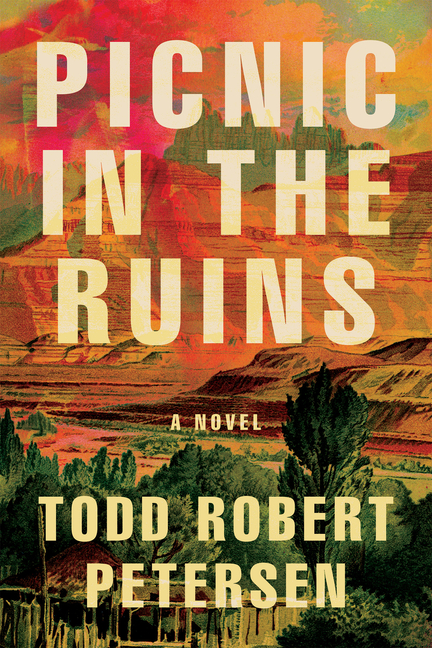 Anthropologist Sophia Shepard is researching the impact of tourism on cultural sites in a remote national monument on the Utah-Arizona border when she crosses paths with two small-time criminals. The Ashdown brothers were hired to steal maps from a collector of Native American artifacts, but their ineptitude has alerted the local sheriff to their presence. Their employer, a former lobbyist seeking lucrative monument land that may soon be open to energy exploration, sends a fixer to clean up their mess. Suddenly, Sophia must put her theories to the test in the real world, and the stakes are higher than she could have ever imagined.

What The Reviewers Say
Rave George Kendall,
Booklist
Blending dark comedy and crime fiction, Petersen examines a moment in time that exquisitely reveals timeless and far-reaching themes ... Throughout the novel’s adrenaline-filled external conflicts, Sophia is simultaneously considering deep, universal questions: To whom does this treasure really belong? Who owns this land? And, ultimately, who owns history itself? Picnic in the Ruins is an excellent read for those who enjoy thrillers set in the Southwest and readers interested in the preservation of history and culture.
Read Full Review >>
Rave Kirkus
The fourth novel by Petersen is part mystery; part quirky, darkly funny, mayhem-filled thriller; and part meditation on what it means to 'own' land, artifacts, and the narrative of history in the West ... Petersen keeps piling on plot twists, eccentric characters, and well-described settings, and beneath the plot's pandemonium there's an intriguing meditation on 'authenticity,' on 'ownership,' and on the legacy of violence in the remote West. A fast-paced, highly entertaining hybrid of Tony Hillerman and Edward Abbey.
Read Full Review >>
Positive Publishers Weekly
Petersen (It Needs to Look Like We Tried) serves up a rollicking mystery full of heroes, mystics, petty criminals, and evil capitalists on the border of Utah and Arizona ... While a few too many coincidences pile on in the last pages, Peterson keeps up plenty of action and suspense while also offering philosophical insights on who owns the land. Petersen’s offbeat adventure keeps the reader turning the pages.
Read Full Review >>
See All Reviews >>
SIMILAR BOOKS
Fiction

Act of Oblivion
Robert Harris
Rave
What did you think of Picnic in the Ruins?
© LitHub | Privacy