People from My Neighborhood: Stories 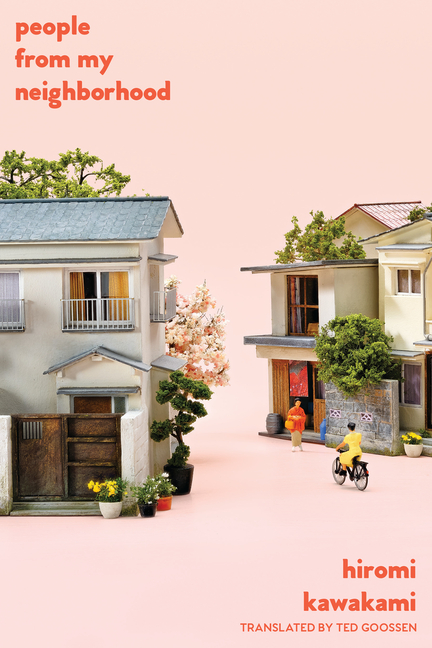 A collection of interlinking stories that blend the mundane and the mythical—fairy tales in the best Brothers Grimm tradition: naïf, magical, and frequently veering into the macabre.

What The Reviewers Say
Rave Louise Lucas,
Financial Times (UK)
Tempting as it is, People from My Neighbourhood is not a book to rush. It is slim — palm-sized, made for carrying around — and the contents, too, seem light: short, whimsical stories spun in an almost childlike writing style ... But these tales of a common-or-garden Japanese neighbourhood, peopled with children that never age, maybe-ghosts and mean-spirited siblings, are not to be rushed. Far better to digest a few at a time and leave them to marinate in the mind; they will stay with you all day ... The interlinking short stories in this collection are fairy tales in the best Brothers Grimm tradition: naïf, magical and frequently veering into the macabre ... Sparky and delightful ... Kawakami’s clean narrative style is very much her own ... Excellent.
Read Full Review >>
Rave Gaby Frost,
The Arts Desk (UK)
Deft and funny ... Surreal and playful ... People From My Neighbourhood evokes a world where everything overlaps and connects, but nothing touches. It is pure interstitial observation ... We mustn’t be deceived into thinking that Kawakami’s fluid and fragmentary text has no anchoring. It’s amazing how often Kawakami nails the essence of a character through their building ... Kawakami's book is an intriguing and compelling bitesize read. It's also funny, full of heart and, despite appearances, deeply familiar. It asks the reader to embrace fluidity, but it does so quietly and without insistence. For all of our voyeurism and curiosity, we get the sense that, ultimately, this is a world that will exist and transform with or without witnesses.
Read Full Review >>
Rave Alison Fincher,
Asian Review
People from My Neighborhood isn’t a conventional book of linked short stories, and it is the relationships between each story that make the collection pop. Each story flows into the next, linked, not by a narrative arc, but by a common theme shared with the story that follows it ... The continuity between these tales is all the more remarkable because these stories are collected from already-published work. It is almost as though the compilation, rather than the narrative, is using stream-of-consciousness ... Kawakami’s is a book to keep on hand and to become intimate with: a book with which readers can have a relationship of their own.
Read Full Review >>
See All Reviews >>
What did you think of People from My Neighborhood: Stories?
© LitHub | Privacy